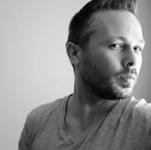 A group of high school kids discover the presence of a malevolent entity stalking their small town that has taken on the appearance of a circus clown. An adaptation of the Stephen King novel of the same name, the 1980âs setting and presence of Finn Wolfhard in one of the lead roles are a pretty obvious indication as to which particular bandwagon It has hitched itself to. But the combination of likable leads, nostalgia, themes of coming of age and adolescent angst wrapped up in familiar horror mythology works for similar reasons that Stranger Things did. There is little of any real originality on show, some of the âif we all come to together we can do anything!â speeches are a little laboured and the effects-laden set pieces …

Yup, pretty accurate review. I wish it had been a lot darker and less kid-friendly. Like something along the lines of Nightmare on Elm Street, but with cannibals. 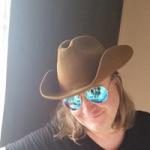 After Big Jake (1971), one of John Wayne's best ever movie, also penned by the Finks, we could expect this new flick with Duke would be as sharply written. But Cahill fails to be as fascinating as Big Jake was. The main flaw is Cahill is Duke's shortage of screen presence, half of it being given to the 2 kids. If Duke had been more present on screen, Cahill would definitely have been one great of a movie. As it is - And even John Wayne considered it could have been better - it's simply an &hellip;

I agree with you. I always thought Scream was trying to hard to get it's joke across, but The Cabin in the Woods is clever and a lot more funny.

Sounds like you felt the exact same way about it as I did! Good review.

excellent choice for most of the films!

Good review. I rated it a little bit higher mainly because I though the acting was so well done but agree it lost a lot filming it backwards. Plus the camera work was more of a distraction than a asset.

I think Spielberg did the right thing not taking sides during his storytelling. He wisely chose just to document the events, and I think he put them to screen splendidly. Well, opinions vary.

haha! I ve seen your rantings. first 4 pages. same as mine. good to be friends.