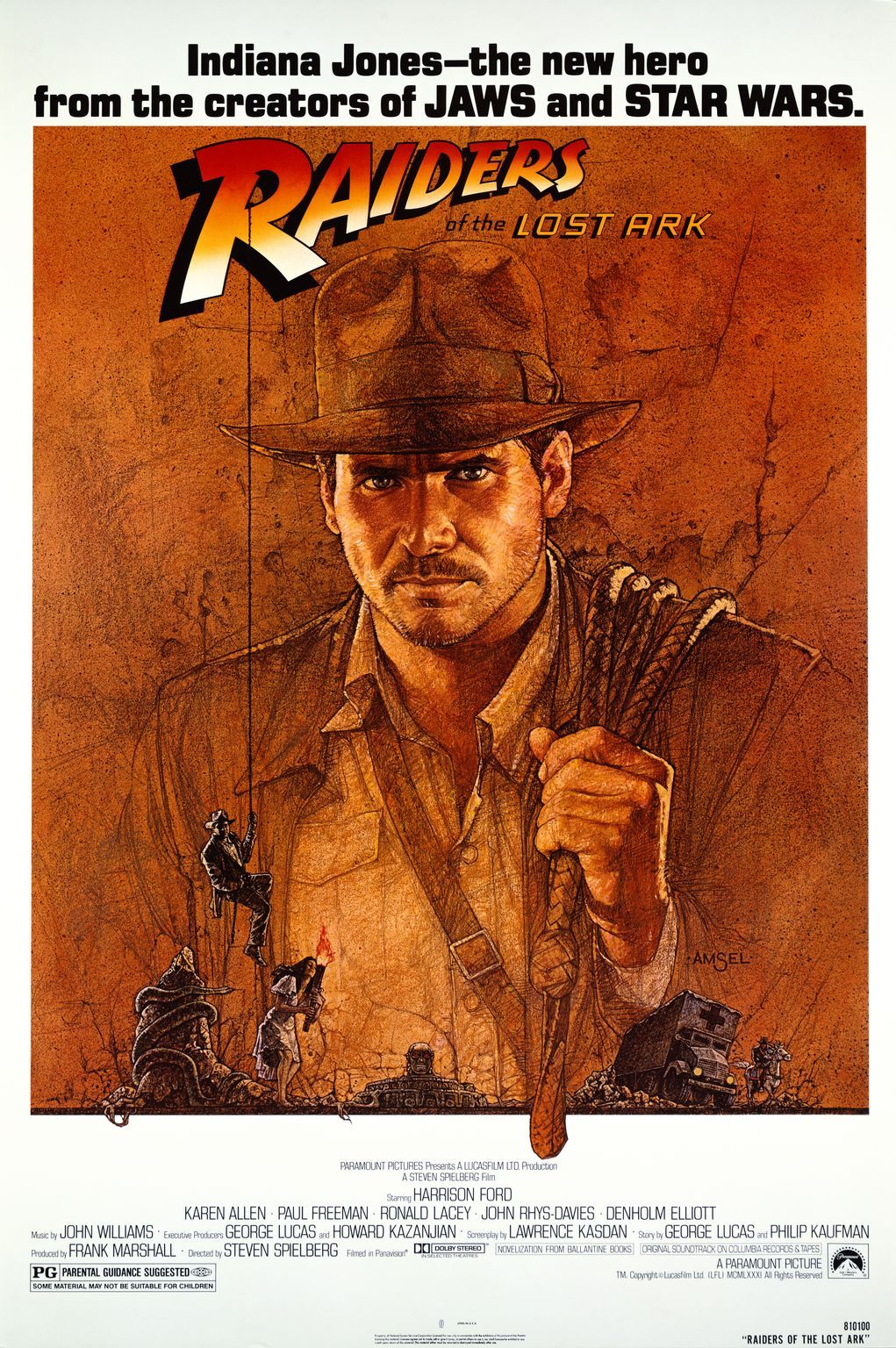 Plot: Indiana Jones, a college professor is on an adventure with his old friend to find the Ark of the Covenant.

A perfect treasure hunting adventure with a main character who has become a cinematic icon.

Camp to die for at its best! Spielberg shows with professional experience an area in which he has considerable expertise. What could possibly go wrong if you are in your best days? Harrison Ford in one of his most popular roles of a lifetime and awesome references to classic adventure tales make of Raiders of the Lost Ark a true tribute to what once made cinema a respectable media. Great way to open the 80s. 96/100

All Indiana Jones movies are classic action adventure - nice to see them all in this box set.

My all time favorite movie ever! It has everything you could possibly want from not just a blockbuster but from a Hollywood movie in general. It's got action, humor, romance, some thrilling moments, some frightening moments, and enough spectacle to keep you genuinely interested. The setting, the characters, the action sequences, and yes even the music is perfect. Just absolutely perfect!
Jaws and Star Wars were just a training exercise compared to Raiders and while so many future movies tried to replicate its success and impact, not one has come close. It's not just style or the action that's important but the writing, the editing, the pacing, and the characterization. Otherwise it's no different than the innumerable copycats of Spielberg and Lucas after all.

Awesome over the top adventure.

Who doesn't know Indiana Jones?
More importantly: who doesn't love Indiana Jones?
He's a pretty likable guy. He's charismatic, knows how to throw a punch and has a good heart, but he also has flaws like his vulnerability, ego and fear of snakes. That's my kind of hero; a person who isn't perfect, but can still conquer the hearts of millions.
The acting is flawless, it feels genuine. Every scene between Indy and Marion feels like it's ad-libbed. Screenwriting at its best.
The direction is fantastic as always. A genre should be named after Spielberg, to make it easier when looking for a fun movie.
Everything is filmed from such distinguished lengths and angles, that you wouldn't know how to perfect another shot. The use of focus, zoom and lighting to emphasize eyes and …

"Raiders Of The Lost Ark" by Yojimbo

Swashbucklers were deeply unfashionable at the time when Raiders was made and it took the talents of the then new golden boy of Hollywood to breathe new life into the genre. With a bespectacled alter ego who is a million miles away from his action man persona like an archaeological Clark Kent, Indiana Jones became an iconic action figure who was often knocked on his backside, played fair only when it suited him and was far more interested in his treasure than getting the girl. Sound familiar? Yes without Raiders, Captain Jack would probably never have existed. Like POTC, this film takes its cues from the golden age of the Hollywood swashbuckler, to the point where Ronald Lacey's sinister yet effeminate secret policeman and Paul Freeman's amoral gentleman rogue could easily have been …

No posts have been made on this movie yet. Be the first to start talking about Raiders of the Lost Ark!