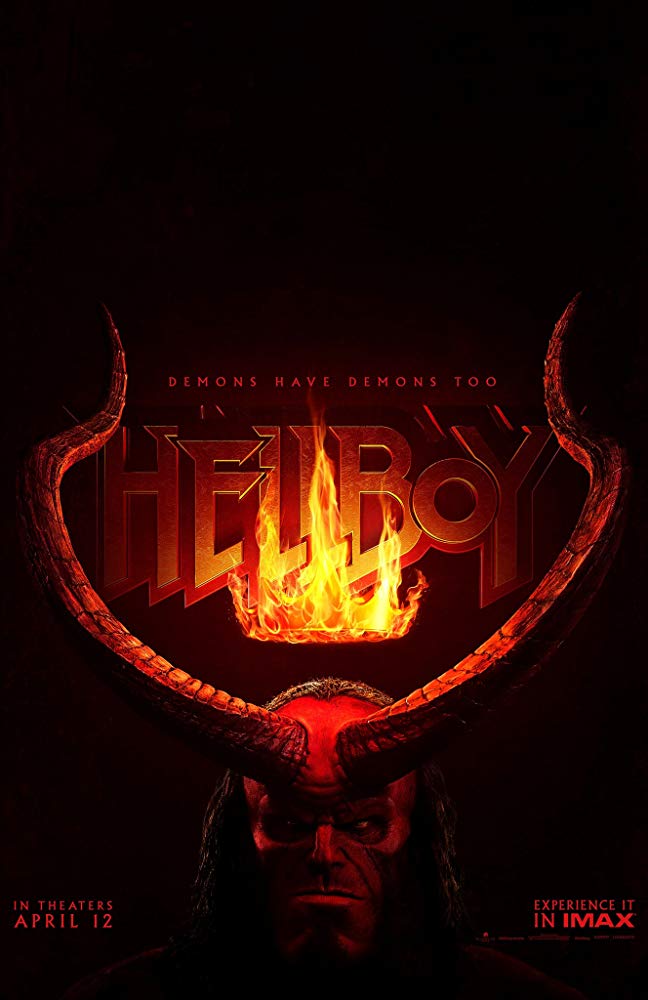 Plot: Caught between the world of man and his own demonic origins, Hellboy, along with the rest of the Bureau for Paranormal Research and Defense work to stop dangers of a supernatural nature, the latest of which is Nimue the Queen of Blood. Hellboy his own past with her, even as she seeks to destroy the world. -- Chris Kavan

Without an ounce of the fun, wit, or excitement of del Toro's films, the dialogue in the absolutely senseless 2019 "Hellboy" is so lame and the action scenes carry such little weight that it almost feels like the movie is the surgically removed conjoined twin of DC's "Suicide Squad."

A demon brought up by a supernatural investigator to fight the forces of evil must confront his true nature when faced with an immortal witch intent on conquering the world.

You know that the superhero bandwagon is running at full tilt when a film based upon a comparatively lesser-known comic book is rebooted a mere 15 years after the original is made. After some initial teething trouble, Guillermo Del Toroâs keen visual flair and skill for building fantasy worlds came to the fore to create a pretty decent franchise which was killed off before the Marvel juggernaut really took hold of the public imagination. This remake covers very much the same ground as the first incarnation, this time with David Harbour taking time off from Hawkins, Indiana to do an adequate impersonation of Ron …

Fun and Witty Traded for Dark and Gritty

This Hellboy reboot was much maligned when it was released - mostly because it's hard to compete with Guillermo del Toro and Ron Perlman. Director Neil Marshal is no slouch, having helmed the excellent film The Descent, as well as one of the best episodes of Game of Thrones, the first season's big battle Blackwater. But in his haste to distance himself from del Toro's version, by sticking more to the comics, he trades the wit and fun of the original for something darker and much more violent, and it just doesn't have the same impact.

This version of Hellboy is chock full of blood and cussing - and the inclusion of Ian McShane (as Hellboy's pop, Professor Broom) is the best decisions. McShane is always fun to watch - better to listen to - and he adds a nice dramatic touch - along with …

as dumb as it can be. i saw he tumbles and before and after looks like he changed his stone hand. and he did. nasty piece of work.