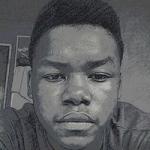 About Me: I'm the shortest person on Film Crave. I love anime, a good book and serialized TV dramas.

Film I Hate: (Most) Remakes, Video Game Adaptations, Movies based on TV shows or SNL sketches

Guilty Pleasure: The Many Films of Nicholas Cage and Super Troopers

Movie Quotes: Do or do not. There is no try.

The greatest trick the devil ever pulled was convincing the world he didn't exist.

You can never recreate The Matrix no matter how meta you get. It's good to see Keanu Reeves and Carrie-Anne Moss back together, but the film just tries too hard and the magic of the original just can't quite be reached. I liked a lot of the new additions - Yahya Abdul-Mateen II, Neil Patrick Harris, Johathan Groff and Jessica Henwick all work well - and the visuals are slick as ever but it just never comes together. It probably would've been a great video game, though.

I'm glad you liked the film; like you said, it's the first sign that things are starting to pick back up!

hi there hey i actually like this this seems like a great site.a good alternative to imdb

Even though I disagree, this is a good review, and I can see why you liked the movie. For me, it just didn't compare to some modern horror masterpieces like The Witch, Resolution, and Get Out, to name a few. I enjoyed reading this, though.

sounds good to me

&amp;lt;a href=&amp;quot;https://rainier-lands.com/tomb-raider/&amp;quot;&amp;gt;tom raider&amp;lt;/a&amp;gt;
amazed me in a correct way, it doesnât pretend to be an action blockbuster, it is aware of what it is, a instead small movie. Alicia Vikander was very well casted in this role and I experience like she carries the entire movie nearly through herself, even though the different actors do a appropriate job as well, is simply they have way more much less screen time.
Your review didnât mention Dominic &hellip;

did you see logan yet

i do not drive or have tranportation