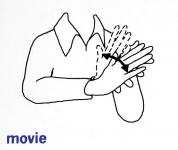 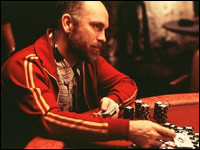 About Me: I'm a movie junkie, based out of Omaha Nebraska.

Interests: I love anything with a good story: movies, books, music (cds/vinyl), and comic books.

Film I Love: The Third Man

Movie Quotes: From the Third Man: In Switzerland, they had brotherly love, they had five hundred years of democracy and peace ... and what did that produce? The cuckoo clock.

From Airplane!: Ted Striker: Surely you can't be serious. Rumack: I am serious... and don't call me Shirley.

From The Empire Strikes Back: Yoda: Do, or do not. There is no âtry."

While I've never been to Broadway to see a play on the stage, this movie makes me want to experience the story in its original format. Full disclosure, I like musicals a great deal, especially one with fantastic dance numbers (this movie has almost a dozen), which made this movie a wonderful treat. It's a tremendous adaptation. Excellent songs, exquisite set pieces, wonderful acting, engaging story. However, speaking critically as someone who has seen a variety of musicals, tonally the presentation feels like it's stuck in manic mode with little unsung dialogue and constant bombardment of large set pieces. It's a little "too much of a good thing" syndrome, and you wonder if the film on the whole (not the play) might benefit …