Film I Love: Raiders of the Lost Ark.

Film I Hate: Anything that annoys me.

Movie Quotes: "It's not the years, it's the mileage."

"That don't make no sense."

"Keep your friends close and keep your enemies closer."

Handsomely staged espionage thriller inspired by a true life operation by British intelligence officers to fool the Nazis during World War 2. Good performances by the cast and the direction by John Madden (Shakespeare in Love) makes it quite entertaining. Some of the subplots do lean on romantic entanglements which bog the movie down. 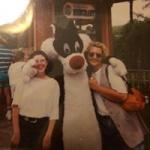 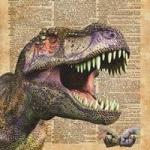 when she has a nightmare and the blonde guy who earlier said something on tv enters the room due to the screaming I ended it!! juvenile crap. this movie is not a serious thing.

I struggle with this one as well. I'm not sure that it's right to judge a movie based on it's message. But it's hard to appreciate a movie who's message is so offensive by today's standards. I try and judge it based on the quality of the picture itself, and not just it's message. my conclusion is that The Birth of a Nation is one of the most important films of all time, it just hasn't aged very well. Poor D.W. Griffith and his stupid racism.