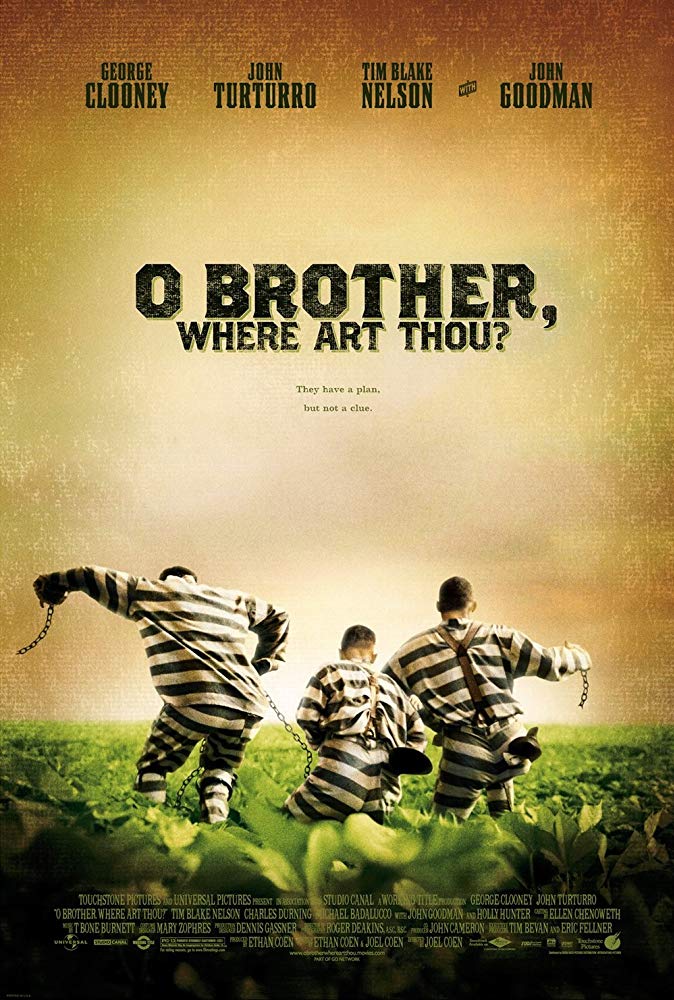 Plot: Convicts escape from prison during the 30's as they search for jobs and a life away from hell. The problem is, they are being chased by a mysterious warden.

I'm normally a big fan of the Coen brothers but I couldn't get on with this at all...

To quote someone: SIngli6 06/13/2011 This feature-length homage to Preston Sturges may appeal to those with an affinity for classic Americana, but for those more embittered Europeans I strongly recommend you avoid it like the plague. Roger Deakins' cinematography and a manic-depressive Michael Badalucco are simply not worth the time and the effort. I agree. This movie has nothing for me that makes me watch it ever again. To be honest I didn't even make it to the end titles! I thought it was a funny game. I found out the only joke was on me!

O Brother Where Art Thou review

Fans of folk music with a somewhat lack of direction for the leads would enjoy this. Everett McGill (Clooney), Pete Hogwallop (Turturro), and Delmar O'Donnell (Nelson) escape from a chain gang at Parchman Farm. They encounter different personalities along the way. In this raters opinion, not one of the best from the directors in terms of its plot. Screenplay effective with one of the best lines - "Everything's gonna be put on electricity and run on a paying basis. Out with the old spiritual mumbo jumbo, the superstitions, and the backward ways. We're gonna see a brave new world where they run everybody a wire and hook us all up to a grid. Yes, sir, a veritable age of reason." and "Everybody's lookin' for answers." Leave it to the Coen's to exhibit symbolism, which on this film …

No posts have been made on this movie yet. Be the first to start talking about O Brother Where Art Thou!