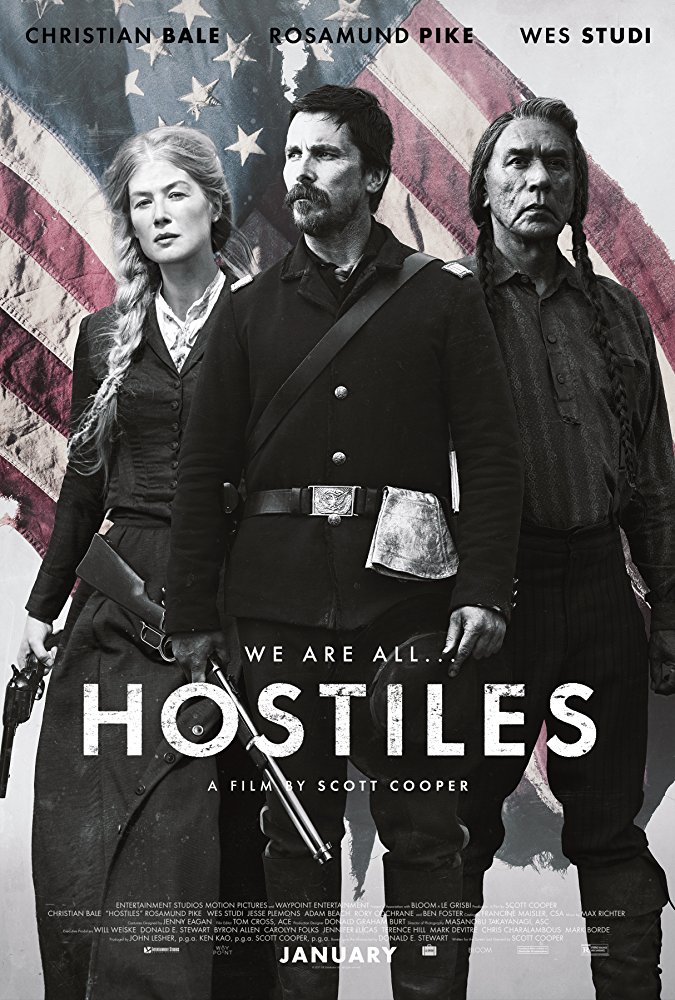 The appropriately titled "Hostiles" proves that themes that reflect modern racial climate can be found even within the most conventional western.

A retiring cavalry captain grudgingly escorts an old enemy to his ancestral burial grounds to die, encountering a traumatized woman who is the only survivor of a Comanche raiding party along the way.

Hostiles is a western in the grand tradition of the John Ford horse opera of old â in fact it is very easy to imagine John Wayne, Lee Marvin and Anthony Quinn as the male leads. The classic theme of the passing of the old west is the meat of the story, although in this case it is given a slightly different spin; these old war horses must come to terms with the brutality of their past, looking past the rationalisation of âonly following ordersâ. Ingrained bigotries are exposed once they come to realise that their enemies are not so different from themselves and no race, creed or …

No posts have been made on this movie yet. Be the first to start talking about Hostiles!