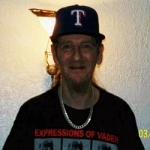 About Me: I'm awesome.

Film I Love: The Shawshank Redemption

Guilty Pleasure: any of the Bourne movies

Movie Quotes: Hope is a good thing, maybe the best of things. And no good thing ever dies. ~ The Shawshank Redemption

You think you know who you are? You have no idea. ~ Crash

Is it over yet?

A very very heavy film that takes itself very very seriously. The one thing this film has going for it is a strong performance by Kirsten Dunst. The many things it doesn't have going for it are a plot that moves at a snail's pace, a lot of melancholy (hence the title) that at times becomes tiresome, and a too-long running time. The ending shot is pretty spectacular however.

Totally agree with your review. Still can't hold a film on his own but the premise of this film was wonderful.

Yeah, I've seen them both.

you seem to be a step ahead of me. I will be seeing this this weekend but I have no hope for this movie. Have you seen Secretariat or Seabiscuit?

Was it as good or worse than Spy Game?

Glad to hear. I am going to see this tomorrow.

Thank you for your blog submission once again. It has been posted.

I was disappointed by Sherlock Holmes but your review gives me hope I won't suffer the same experience with Ghost Protocol. I won't be seeing IMAX but hopefully standard viewing will suffice.

Completely agree. Few times do movies put me in such a good mood, after seeing them. I didn't come down off my cloud until I wen to sleep that night and then I went back and watched it again the next day.