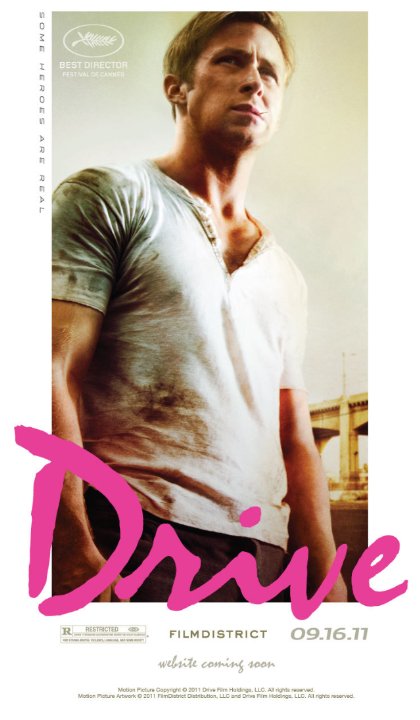 Plot: A stuntman-turned-wheelman must use all his skills to survive after a botched job results in a contract on his head. -- Chris Kavan

A dark, gripping thriller about a get away driver who crosses the wrong people. This movie builds up slow, and uses the time to establish a realism alot of these type of films lack. Gosling was fantastic, I had no idea what he would do or say next.. completely unpredictable. There is a persistent feeling of sadness throughout the film which adds to the realism. Overall highly reccomend.

Today's audiences have ADD and can't stand movies that aren't full of CGI and explosions, or that have moments of silence longer than three seconds. Here's a movie that has violence, car chases, and romance, but which many viewers will find it boring. Their loss. The rest of us will appreciate that there are directors who can still make an action movie that isn't non-stop action. Thankfully, a few film-makers - and film-goers -understand that action is only exciting when used sparingly, and that thrills are achieved through anticipation and not chaos.

"Drive" proves an action movie can be full of action, violence, and car crashes, and still be an intelligent drama that grabs you by the heart.

This one was standing in line already for a long time to be watched. Looking at the number of responses on IMDB, my expectations about it went sky high. Here and there I've read it would be a unique masterpiece, quite arty and directed in a Tarantino kind of way. Those forecasts were also met.

I thought Ryan Gosling would be kind of a modern version of James Dean who would make female movie-fans swoon with his blue puppy eyes. But what an excellent anti-chick flick interpretation he puts into this movie. With the leather gloves, the emotionless facial expression and the high value on the coolness thermometer he surely reminded me of James Dean. At other times, he seemed to be a fear toothpick chewing loner from …

I love how implicit Drive was. What other films could not do for me with implicitness, this movie did perfectly. See, it took me a while to start liking this movie and several viewings, but by the third, I loved it. The first time I watched it, I thought: Okay, something new, very creative, I like it.
The Second time: Wow, there is actually a lot more to the story, plus the soundtrack is great.
Third time: OMFG ERMAGERD

On the outside, Drive may look like a bland, clichÃ©d story, like the trailers made it out to be, but this movie has multiple layers. The shots and scenery are mind-numbingly beautiful, Ryan Gosling's acting is so creepy and sly that it gave me goosebumps and it's a sin this wasn't nominated for Best Adapted Screenplay, Best Music, Best Director, Best Cinematography …

Hi, I saw Drive on Friday I believe it was. In my opinion it was very well done. I thought that it was going to be good before I saw it so I can't say I was surprised. The acting is really great, led by Ryan Gosling, and the music is also very good in my opinion. As it has been said again and again Gosling is one of the best, if not the best actors of his generation and I completely agree with that.

No reviews on this yet? This is supposed to be pretty good...like surprisingly good.