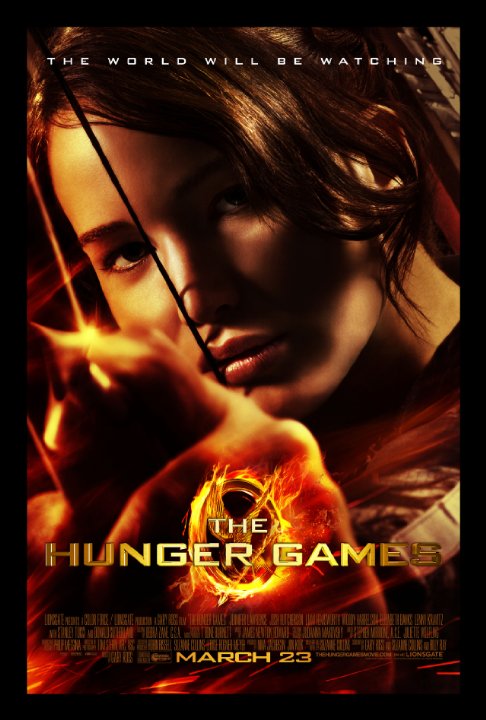 Plot: Based on the best-selling novel by Suzanne Collins - in a dystopic future where the United States, now called Panem, is divided into 12 districts, each year the Capital holds the Hunger Games. Two young tributes from each district must fight to the death and viewing is mandatory. When Katniss Everdeen takes her sisters place as a tribute, it will catapult her and fellow tribute Peeta Mellark into a dark, dangerous world where they will have to use every advantage in order to survive. -- Chris Kavan

Let the game's begin.the huger games. this movie is based on a book now it's a movie.okay how was this movie well the story is good the acting is good and the story is about 2 districts, each year the Capital holds the Hunger Games. Two young tributes from each district must fight to the death and viewing is mandatory. When Katniss Everdeen takes her sisters place as a tribute, it will catapult her and fellow tribute Peeta Mellark into a dark, dangerous world where they will have to use every advantage in order to survive.

The near perfect adaptation that the book deserved. Jennifer Lawrence shows that she truly is a rising star in Hollywood as she gives a flawless performance as heroine, Katniss Everdeen. Elizabeth Banks is surprising great as Effie, and Stanley Tucci solidifies himself as one of the best character actors around and one of the most underrated actors. The Hunger Games was intense and stylish. I loved it!

BIG disapointment! The part before the games, where the whole thing is about, is like in the book. the game itself..... TOO SHORT!!!!! The way it was showed it's like half an hour in a pretty zoo. And believe me: it wasn't! Hope there will be a remake soon.

"The Hunger Games" by Yojimbo

In a future society, the extreme division between the haves and the have nots causes a revolution that is quickly quelled, resulting in an annual tradition for which teenagers are chosen at random to fight to the death in a reality TV show. The Hunger Games is yet another variation of the "Running Man" story based on a popular teen novel. As usual the central character is a feisty heroine who is inevitably torn between two handsome love interests and most of the film resembles a cross between a photo love story and extreme orienteering. My biggest problem with The Hunger Games was that much of the most interesting aspects of the story happen off screen; violent popular uprising and the machinations of Donald Sutherland's sinister President go largely unseen while we watch a bunch of …

They get 2.5 stars for trying, but what a bad film compared to the book. Major liberties were taken, some for time, which I understand to a certain extent. But some I don't know why. The head gamesmaker played a huge role in the film, he's basically non-existent in the book. This was done so people that didn't read the book could figure out what was going on, but I didn't like it. However, my least favorite part of the film was the musical score. It sounded like a really bad knock-off of the Princess Bride. Except, The Princess Bride was supposed to be cheesy. The makers of this film actually thought that this was a good idea.

This film wasn't bad enough that I would tell you not to see it. But, if you don't want parts of the books to be ruined, then this might be better off …

Any guesses for final total gross? I'm thinking $400 million isn't out of the question. It will be interesting to see what kind of hold it has this second weekend - I don't think either Mirror, Mirror or Wrath of the Titans will be able to top it, in fact, it has a good shot for maybe three weeks coming up. My review may not be as glowing as some, but I still recommend watching it if you haven't already. My guess is is will easily wind up in the top 5 films of the year, and has a shot at &hellip;

Getting good critical reviews so far...but I will be the judge.

It seems Hunger Games keeps growing in popularity. &amp;nbsp;Everyday another friend/family member of mine tells me that they have just read the book and enjoyed it. &amp;nbsp;I have a feeling this movie is going to produce very high box office numbers.

Hey, it worked for the original Harry Potter - the only reason I went to the original movie was because I heard they were showing a trailer for Star Wars Episode 1... and I ended up buying all the the books (that were available) the next day. Now that's good marketing.