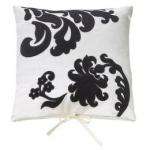 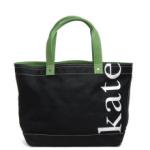 Education: Broadcasting major with a minor in Film Studies and Concentrations in History and English. Masters in Information and Library Science.

Guilty Pleasure: Animated films, especcially, but not limited to Disney

Does anybody got a dime? Somebody's gotta go back for a shit load of dimes. Taggert in Blazing Saddles

I really wanted to like this film. But, having been too young to "come of age" in the early 90s and too old to appreciate it now, this movie was just not for me.Bridget Fonda's character is annoying and I just could not relate to the characters in this film. However, the soundtrack is killer.

Avengers: Endgame moved up from #17 to #16. It is not the highest grossing film of all-time, when adjusted for inflation. Which I think is the better barometer because any film that is released in a succeeding year that has the hype of Endgame will become the highest grossing film of all-time. Inflation takes into account, what I like to call, &quot;butts in seats.&quot; The Lion King (2019) also entered the list at #75.

Kind Hearts and Coronets is on this list, not 1950, because the initial (not American) release date was 1949.