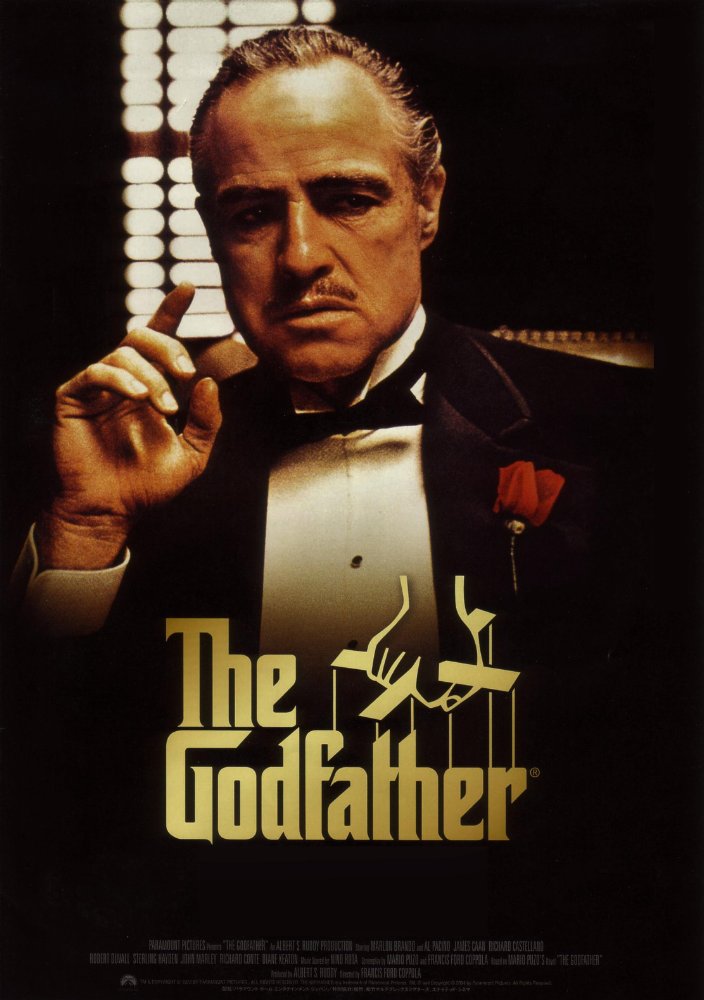 Plot: An organized crime leader gives up control of his "family" to his youngest son, Michael. The leader barely survives a battle between mobs, which leads Michael to begin a mob war against Sollozzo and tears the Corleone family apart.

The greatest mafia film ever made, and one of the greatest films ever.

The Godfather is truly an astonishing and fabulous film. Vito Corleone was a great character who was a crime leader. But he tried his best to end the crime. He was a great father. RIP Marlon Brando.

Conglomerating the charm that Italian classics had, the brilliance of crime films of the Golden Age of movies and one of the most ambitious directions any auteur could ever apply in the entire history of the motion picture, the filmic treatment that Mario Puzo's original novel was subject to back in the marvelous film year of 1972 placed The Godfather in one of the most superior categories of cinema ever conceived by mankind. Following the unfortunate American tradition of not giving the full recognition that outstanding geniuses deserve in their particular era, the capacity of Francis Ford Coppola of portraying a powerful crime manifesto from a partially American style came slightly unnoticed. However, this capacity would be finally recognized until the release of the highly competitive …

The Godfather: Why It's Great

This is how to make a gangster movie. Every single thing to do with it is absolutely top-notch, from writing and direction to casting and acting, and, let's not forget that wonderful score.

It's all very well my saying, in these general terms, that this film is great, and, you could be forgiven for thinking that I'm singing its praises because it's widely regarded as one of the finest films ever, but, why I think it's brilliant is firstly, that its characters are, unlike in other movies of its ilk, so richly drawn. They are human, they are flawed; they're more relatable than any other characters in crime movies. Also, we are taken into the family. The audience is not merely witnessing these people's lives, but, are made to feel part of them; we get to know these characters with an …

No posts have been made on this movie yet. Be the first to start talking about The Godfather!