Back to the Future Movie Information 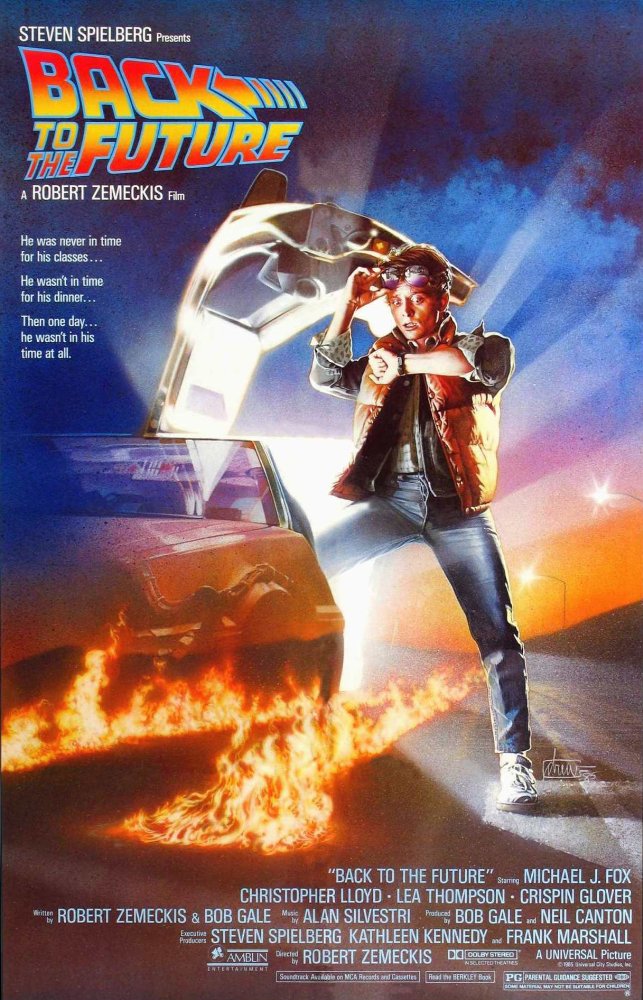 Plot: Marty Mcfly's loony friend, Doc Brown, invents a time machine in which Marty is accidentally sent back to 1955, the same year his parents meet.

Robert Zemekis' most recognizable feature, "Back to the Future" is still as fun and zany today as it was over 30 years ago.

Dr. Emmett Brown: "If my calculations are correct, when this baby hits 88 miles per hour... you're gonna see some serious shit". Marty Mcfly's loony friend, Doc Brown, invents a time machine in which Marty is accidentally sent back to 1955, the same year his parents meet. Back to the Future is one of the greatest movies ever made. The movie is hilarious, it's directed magnificently by Robert Zemeckis and the chemistry between Marty and Doc well just perfect.

So amazing!! loved it. Michael J Fox is a hotty in this movie. Great job to the director and everyone involved. Awesome movie! such a cool story line!

Back to the Future is my kind of movie. With an adventure-feel, Huey Lewis songs and hilarious performances by Michael J. Fox and Christopher Lloyd, this movie shouts surprise around every corner, sprouts one-liners that always work and paces great scene after great scene.
The chemistry between Marty McFly and Doc Brown is awesome, I can buy that these two have been friends for a while.
Zemeckis' direction gives it a hyped feeling of non-stop adventure , but still leaves enough for humor and great dialogue.
The weak link of the film are most likely the visual effects. They weren't very impressive back then and certainly don't hold up now, but I can forgive this minor fault, because there are no more than two scenes involving visuals.

A constant thrill-ride of a movie, Back to the …

Back to the Future review

back to the future review written by vale wolffian

At the end of 1984 director Robert Zemekis, who had been shooting his second movie, Back To The Future, for over a month was not a happy man. He was saddled with a lead actor who just didn't cut it as a happy-go-lucky, wisecracking teen. He was more like an angst-ridden 40-year-old struggling to make sense of existence in a godless universe.To make matters worse he'd seen a young actor perfect …

"Back To The Future" by Yojimbo

When an eccentric inventor makes a time machine out of a DeLorean, a high school kid is accidentally sent back to the year 1955 where his presence has unexpected consequences on the future. The film that made both Michael J. Fox and Christopher Lloyd stars, Back To The Future is a perfect blend of action and comedy that takes the old sci-fi chestnut of the time paradox and runs with it making for an inventive and hugely enjoyable family friendly romp. It has loads of amusing pop culture references and pokes fun at society's obsession with gadgets (it's odd to think that 1985 is nearly as far back now as 1955 was then) and has a great sense of nostalgia for days gone by. Fox makes the most of his boyish charm and Lloyd was pretty much made for the part of the mad scientist and the whole …

No posts have been made on this movie yet. Be the first to start talking about Back to the Future!