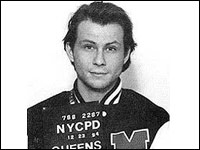 Film I Love: Mary and Max, Synecdoche New York, Jaws, and The Shining

Guilty Pleasure: Fateful Findings, Double Down, and I Am Here...Now

âHalloween Killsâ - the body count has been heighten in brutal fashion. From start till finish itâs a bloody carnage, and if you want to watch a movie thatâs all about the kills, then this is for you, but don't go into this expecting anything else, because even though I liked the 2018 version, this unfortunately felt like a step down in quality. Firstly, the writing in this movie is terrible and the people of Haddonfield have got more brain cells than oranges have pips! The number of times a character will remind you how evil Michael Myers is, as if showing him brutally killing people at random wasnât enough. Even when this mob finally catches up to Myers, they only beat him up a little bit and then let him have a breather. …

In the UK it's coming out on 19th April, but haven't heard anything about US release date.

Is this film a resumption in his career?

Yeah but it's still spoilers. Some people may come across this who haven't seen the movie yet but are planning too.

I know that is spoiler.estava just saying that all of this in the movie happened.

Furthermore basically all the characters of the film are the same person. The Jane got pregnant from john that is itself and left the child that is itself in the orphanage. And when Ethan Hawke when she sings a song that he is his own grandfather is a gang. In the end the film is about cycles forever. Sorry have spoken too.

The fact that the film shows are psychological meetings,john,the character of Ethan Hawke and Jane are the same person in various personalities and john is a creation of jane for solitude decrease.