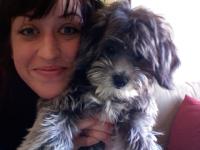 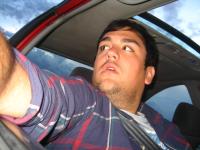 Education: Chemistry BS from the University of Nebraska-Lincoln

Position: Research Tech - I analyze blood for HIV patients to monitor metabolism rates of their medications.

About Me: There's nothing for me to write here that you really need to know. If you want an idea of my movies tastes, you could just look at what my reviews and stuff, but I generally like to be entertained. I generally DON'T like to be preached at. I find that I don't spend as much time as some people trying to figure out what's going to happen next in a movie and just let the movie unfold in front of me. I also don't like movies that try too hard... e.g. try too hard to be funny, or try too hard to make me think that a character is totally awesome and full of bad-itude. If you've actually made a good movie, I'll come to those conclusions on my own, you trying to convince me of these things just makes you seem desperate for my approval.

Interests: Video games and sports, what else? Oh yeah, and movies. I suppose maybe that's redundant for me to write though? I mean, this is a movie-based social networking site.

Film I Love: The Avengers

Movie Quotes: Looked like sort of a big turtle, in a trench coat. You're going to LaGuardia, right?

No fucking shit lady, do I sound like I wanted a pizza?!?

You're gonna work until you wish you were dead, and then keep goin'! 'Cause you're afraid if you don't, then I won't let you die...

I want lens flare. In every scene, every shot.

Star Trek fans, and by that, I mean those truly invested in the series, you have no one to blame but yourselves. In short... trekkies, this is your fault. Whether that's good or bad is up to debate, but it's still your fault. I happen to feel the series is all the better. Okay, so what I am I talking about? I mean the absolute necessity for the "Star Trek" franchise to be liberated from underneath the weighty scripture you've spent a lifetime memorizing. You created a world where any film crafted to satiate your rabid need for Star Trek was doomed to failure as it's torn apart in message boards and conventions across the world because the nacelles were flickering at a frequency inconsistent with operating at warp speed. Or some …

I fixed the G.I. Joe entry! I misinterpreted the last correction but this time it's right. We need to get a group together to watch Sherlock Holmes sometime.

lol, was there a recent movie you saw that deserved that awesome rating?

Yeah. This is kind of like The Mummy Returns for me. It has everything that i liked about the first one but more of it. It is cool and all, but it doesn't have the &quot;it&quot; factor like the more organic and natural first one. There is something &quot;fake&quot; about it.

I'm posting on your profile with the hopes that you'll browse around for a while aimlessly and make me a fraction of a cent.

asweet. you're like my third friend on this. lol. i guess i'm just not social enough!

They never really race though in Gone...it seems like it is only about stealing and not racing. But, that is just my opinion. I don't really care for either one, but if I had to pop one in I would watch F n F.

It was a pretty damn good movie. I enjoyed the series a lot as well. I need to see it again to see if it is actually special or not. They just came out with the S.E.

Look at you, putting a picture up. Very nice.

yeah, the some people that like that kind of humor are the ones who know what funny is! :-)