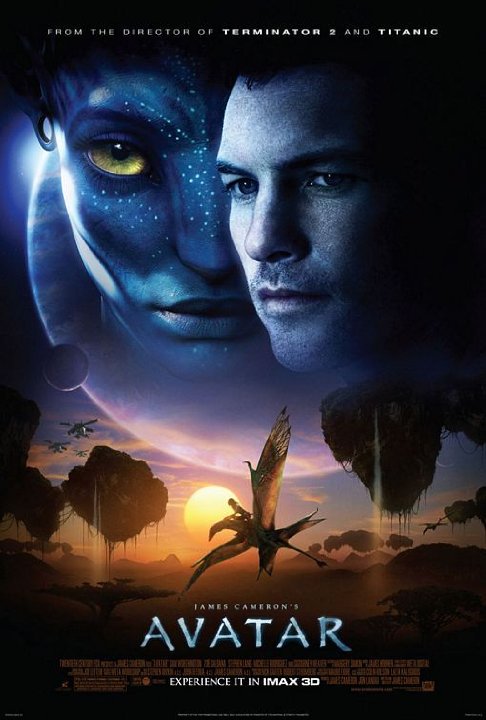 Plot: In the near future Jake, a paraplegic soldier, is given the chance to walk again by participating in the Avatar program on the distant planet of Pandora. Inhabited by the Na'vi, it is home to lush jungles and creatures beautiful and deadly. As humans invade and push deeper, the Na'vi fight back, and Jake finds himself in the middle of it all. -- Chris Kavan

"Avatar" was a spectacular feat when first released. It was met with critical praise, multiple Academy Award nominations, and (until "Avengers: Endgame") was the highest grossing film of all time. One decade later, it hasn't gained much of a legacy beyond its now defeated box-office record. The characters are flat and the CGI, while not totally dated, looks about as good as any modern video game. The anti-colonization message is more self-righteous than profound and the whole thing is pretty much just a list of tropes. Also, am I the only one who notices the plot similarities between this movie and Disney's "Atlantis: The Lost Empire?"

The visual effect's and the way the movie looks is stunning and breathtaking. But the story could have been done better.

Beautiful movie, great effects and it even got some kind of story.....

Sometimes people overanalyze or critic negatively because of one of the quotes from the films characters Moâat: âIt is hard to fill a cup which is already full.â Viewing this again with another version never persuaded any perceptions of the movie. Jake Sully (Sam Worthington), a paraplegic ex-marine meets Dr. Grace Augustine (Sigourney Weaver). He also talks to Colonel Miles Quaritch (Stephen Lang), head of RDA's private security force and gives orders for him to follow. This reviewer is viewing the special edition re-release from the 3 disc DVD, which boasts of additional detailed scenes. The innovative Capturing Avatar, and humane A Message from Pandora (where Cameron and his wife meet a real tribe where people will suffer from a creation of a dam), deleted/additional scenes …

This is a cheap rip off of classic movies. The most obvious is Fern Gully. If you have seen Fern Gully you should see all of the connections, because there are a lot of them. The scene where the huge machine is cutting through the forest, where the person from the "bad guys" falls in love with the native, the hero standing up to those he once called friends, the hero rallying the natives to fight... from what i have given examples of so far 1. clearly shows the basic plot of Avatar, and 2. i was laying out the plot to Fern Gully.

The 3D version of this film is not worth the money, it doesn't add to the film at all. Unless you are willing to pay an inflated price to see bubbles wander from the screen from time to time it really isn't worth it. 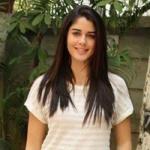 Avatar is also one of the my favorite movie.

Avatar is one of my favourite SciFi movies of all time, I really can't wait for Avatar 2 to be released.

Avatar&quot; is not simply a sensational entertainment, although it is that.
It's a technical breakthrough. It has a flat-out Green and anti-war
message. It is predestined to launch a cult. It contains such visual
detailing that it would reward repeating viewings. It invents a new
language, Na'vi, as &quot;Lord of the Rings&quot; did, although mercifully I doubt
this one can be spoken by humans, even teenage humans. It creates new
movie stars. It is an Event, one of those films you feel you must &hellip; 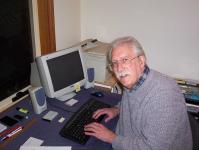 The film Avatar has been out for nearly 6
years(12/09 to 6/15) after being in development since 1994, more than 20 years ago now.&amp;nbsp; &amp;nbsp;I have read many reviews, listened to many
comments and discussed itâs style and content with many both in cyberspace and
in our wide-wide-world.&amp;nbsp; This prose-poem
tries to encapsulate some of my initial thoughts on this blockbuster, its
initial reception and some of its meaning drawing as I do on several sources &hellip;

I'm with you on this one.