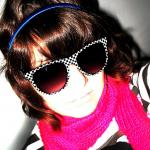 "Brazillian Star Wars"! Really FilmCrave? That's not what I intended when I requested this movie :P . But it is a Star Wars parody nonetheless, anyways, if you are looking for a 70s trash sci-fi (and what's better: foreign) then this is the movie for you, oh well, there are lots of "better" trash sci-fi films out there, but this is an amusing title and can even be fun to watch. I like this movie because it's obviously part of my childhood, but if you want something more well-written, and that even makes sense, so stay away of this title.

Movies I Saw in Theatre

I wanted to let you know I received your correction for The Story of Vickie ( MÃ¤dchenjahre einer KÃ¶nigin ). I did add a separate poster, though the picture that will show up will be the DVD collection that, while the picture highlights Sissi, does contain The Story of Vickie as part of the collection. On all films, it is FilmCrave's policy to go with the U.S. Release date unless the date in question is over 10 years from the initial release date. That is why it shows 1958 instead of 1954. If &hellip;