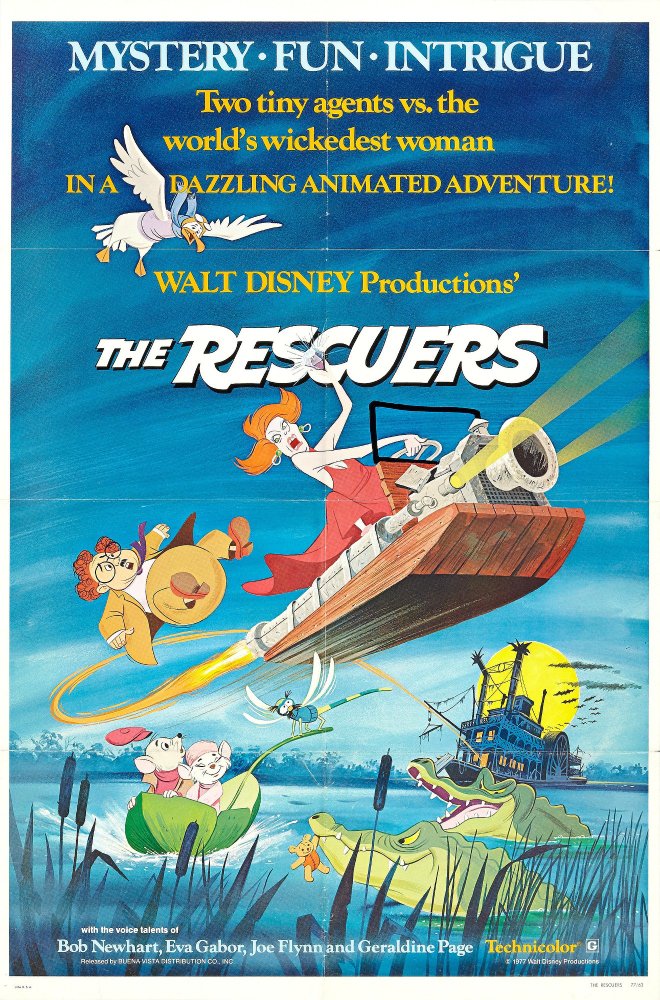 Plot: Two mice try to save a little girl.

Short on the magic associated with Disney animated features, but "The Rescuers" is a slight caper that's got more than enough charm.

A childhood favorite of mine. Doesn't fare very well with my son though.

This is one of those forgotten Disney gems - with interesting characters and an adventurous plot that features more action than usual for a Disney animated film. I also really enjoyed the sequel.

When a note in a bottle from a little girl named Penny (Michelle Stacy) came into the hands of a group of mice called the Rescue Aid Society, Miss Bianca (Eva Gabor) was the first to volunteer. She, along with a janitor named Bernard (Bob Newhart), set off to save the girl in âThe Rescuers.â

The âRescuersâ series has never been my favorite Disney work. I think both movies are off mark in one way or another. Theyâre both well done and somewhat groundbreaking in their own aspects, but I canât see myself caring whether my kids ever see them like I do with a lot of other Disney movies.

The main problem I have with this one is the music. Itâs horribly dated. The sort of music thatâs in here is only heard in elevators today. I think itâs good music, but I donât like …

No posts have been made on this movie yet. Be the first to start talking about The Rescuers!