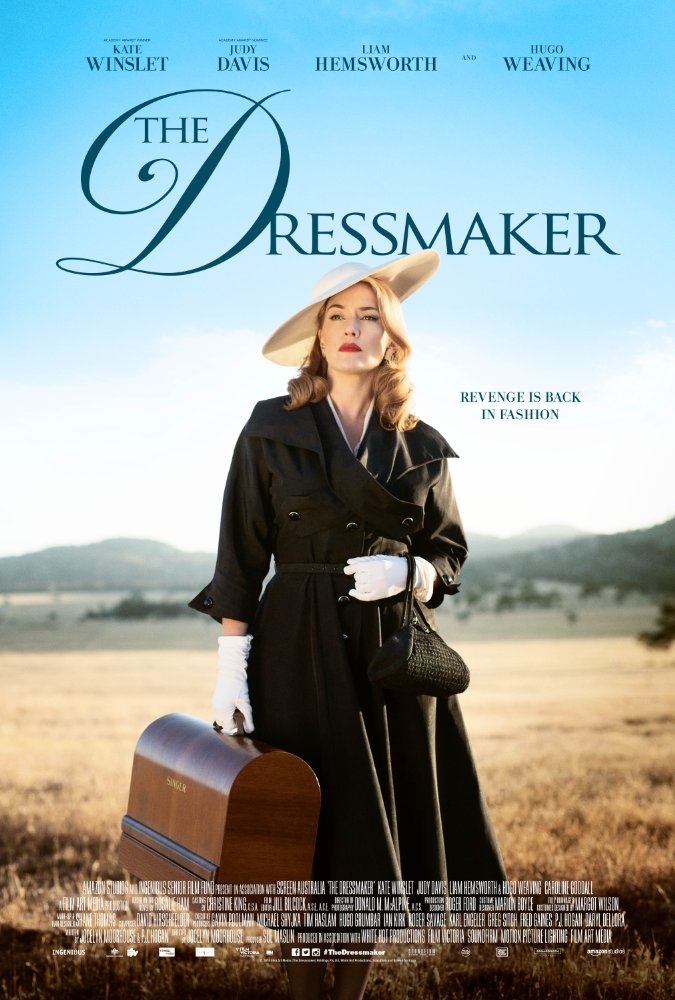 Plot: A high fashion woman has returned to the small, rural Australian town she escaped with a sewing machine in hand and haute couture style on her mind. She transforms the women in the town and, in the process, exacts revenge on those who wronged her in the past. -- Chris Kavan

An offbeat comedic drama about a vengeful fashion designer in 1950s Australia. Kate Winslet is very good as the sultry femme fatale with a mysterious past. She's been proving herself as a talented actress time and again since Titanic. But it's been a while since a movie reminded audiences how sexy and alluring she can be. Liam Hemsworth has a chance to prove his dramatic chops and does fine as the dashing love interest. Hugo Weaving is funny as the crossdressing cop who befriends Winslet. The movie does juggle back and forth between light humor and dark drama. But not always successfully.

No posts have been made on this movie yet. Be the first to start talking about The Dressmaker!