Gone with the Wind Movie Information 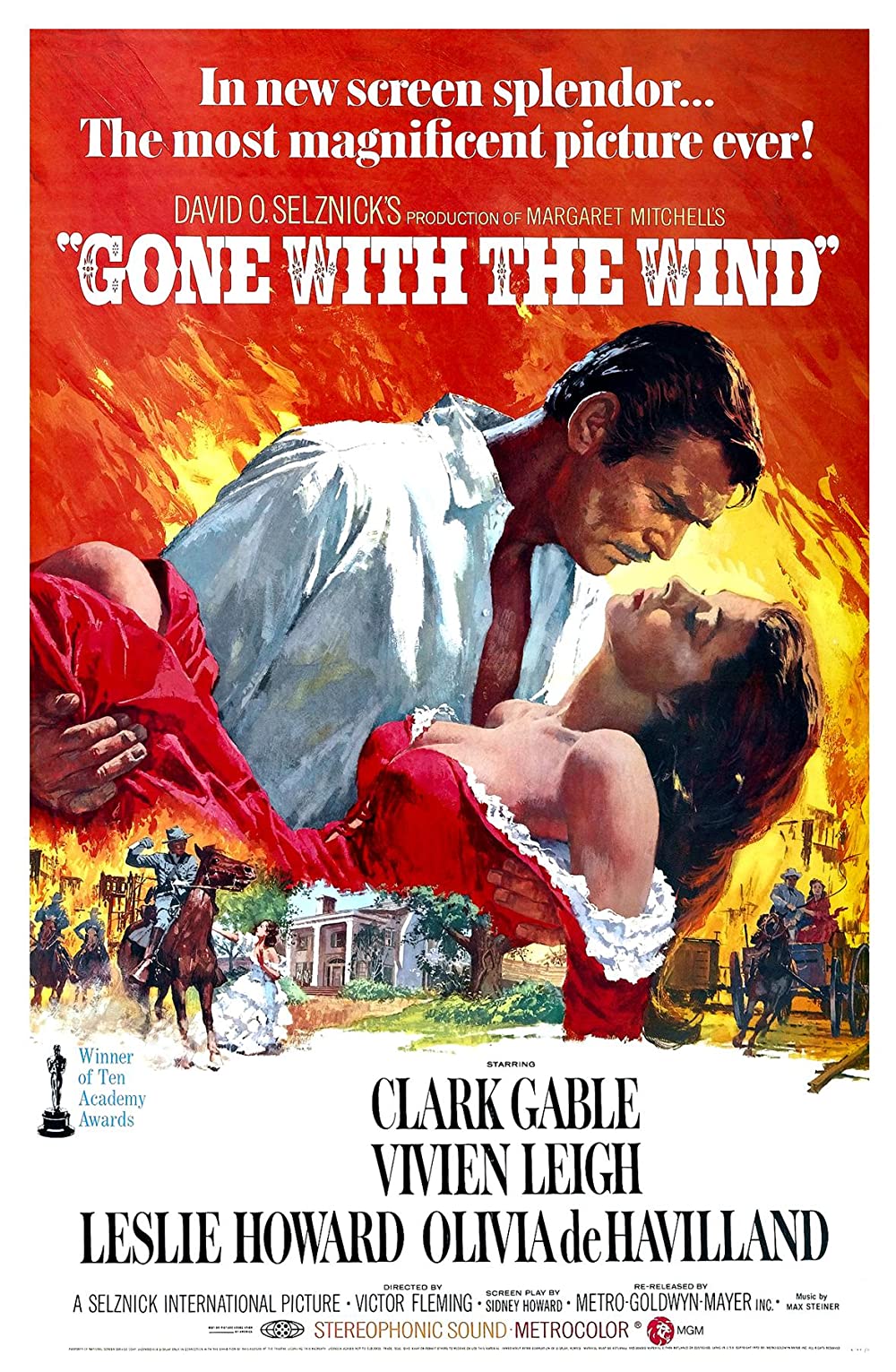 Plot: An epic civil war tale of a strong woman, Scarlett, who loves the man she didn?t marry. It is simple tale of selfishness and love.

While still impressive on a technical scale, "Gone With the Wind" couldn't be more problematic today. Even if you look past the romanticizing of toxic romances and the Civil War-era South, the drama is insufferably slow and boring.

Yes, it is a good drama, but it's one that doesn't need to be three hours long. The film just drags in too many spots and I lost most all sympathy for Scarlett. When Rhett says that famous line, at the end of the film, I felt like I couldn't agree more with him.

I must have fallen on my head too many times growing up. Frankly, I just think this film is OK. I don't know why I can't fawn over it. All filmsters must watch it at least once.

Gone with the Wind

Victor Fleming achieved what had never been achieved in filmmaking before, and definitively would not be achieved until decades later within the genre of epic cinema; neither the world was ever so majestically amazed on the level this film did 70 years ago. Regardless of the fact that Fleming had amazed all types of audiences in the same year, including both young and old people and critics with Gone with the Wind and The Wizard of Oz, he gave birth to one of the best movies of all time, and certainly the best American classic ever made.

Gone with the Wind has been recognized as the best classic film, as well as one of the most moving and romantic stories ever brought to the big screen, worshiped generation by generation. Nowadays, the film still keeps astonishing new generations …

Frankly, I do give a damn

Rhett Butler: "Frankly, my dear, I don't give a damn". I love that line.

The story is about a spoiled Southern girl's hopeless love for a married man. Producer David O. Selznick managed to expand this concept, and Margaret Mitchell's best-selling novel, into nearly four hours' worth of screen time, on a then-astronomical 3.7-million-dollar budget, creating what would become one of the most beloved movies of all time. Gone With the Wind opens in April of 1861, at the palatial Southern estate of Tara, where Scarlett O'Hara (Vivien Leigh) hears that her casual beau Ashley Wilkes (Leslie Howard) plans to marry "mealy mouthed" Melanie Hamilton (Olivia de Havilland). Despite warnings from her father (Thomas Mitchell) and her faithful servant Mammy (Hattie McDaniel), Scarlett intends to …

Gone With the Wind is surely one of the greatest American films of all time. It's grandeur and epic nature is especially impressive for a film released in the late 1930s. It is quite clear that no expensive was sparred during production, as the film was made for a then astronomical figure of $3.85 million.

The story is about Scarlett O'Hara (Vivien Leigh), a Southern Belle looking to marry Ashley Wilkes (Leslie Howard), despite his impending marriage to Melanie Hamilton (Olivia de Havilland) just before he goes of to fight in the Civil War. Meanwhile, the scoundrel Rhett Butler (Clark Gable) profiteers as a blockade runner during the conflict, while pursuing an uninterested Scarlett. Of course, life during the war and reconstruction period is not easy as the Southern people are …

No posts have been made on this movie yet. Be the first to start talking about Gone with the Wind!