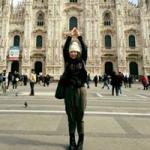 Film I Love: The Big Lebowski

Movie Quotes: "Smokey, my friend, you are entering a world of pain!"

"Greed, for lack of a better word, is good"

Warrior is film that grips the viewer from start until finish and does not let go. Some may accuse it of being formulaic, but it is a great story that stands up on its own. It is like a modern day version of Rocky, bringing contemporary issues to the fore. Warrior contains two parallel stories that collide near the end in an epic encounter, each one both heartbreaking and inspiring. Tommy Riordan (Tom Hardy) is a U.S. Marine who has recently returned from Iraq. He visits his father Paddy (Nick Nolte) a recovering alcoholic and born-again Christian. Disgusted by his father's past behavior and believing that he has not changed, Tommy dismisses him and begins training in MMA at a local gym. After knocking out Mad Dog (Erik …

Nice review. Glad I'm not alone who appreciates this underrated gem. If only she her brilliance in directing this film translated to her acting in Godfather III hahaha.

Thank you. I look forward to watching more Pacino films, these are the ones I have seen so far.

Cool list. Fellow Pacino fanatic. The Insider, Any Given Sunday and Insomnia could be higher if ranked, he was really good in those. Well I guess for us, almost in everything he is hahaha.