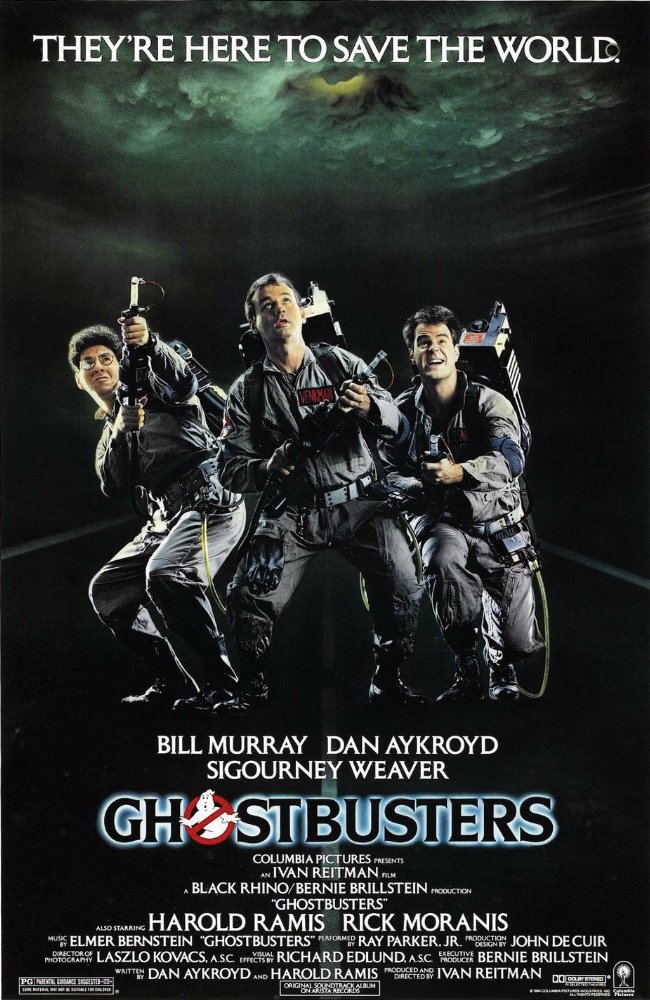 Plot: A unlikely group of friends, and parapsychology professors, start a business catching ghosts and demons in New York City.

The film is about a unlikely group of friends, and parapsychology professors, start a business catching ghosts and demons in New York City. This movie has a great soundtrack and funny cast and characters.

I currently have 886 movies ranked here on filmcrave, and i have Ghostbusters at number 2. on my favorite movie list. There is nothing about this movie that I don't like, no movie may be perfect, but this comes close. One of the funniest movies ever, and one of the best. The main cast shine in their roles as the Ghostbusters, but the supporting cast is also great.

A trio of bumbling paranormal investigators are called in when New York City is threatened by a pan-dimensional being set on destruction. Ghostbusters was a staple of my childhood and although it's hardly the wittiest or most hilarious comedy ever written it still has so much infectious charm it's impossible to not warm to it. It works because of the fun premise and the hugely likeable leads played by an amusingly deadpan Harold Ramis, wide eyed innocent Dan Aykroyd and Bill Murray who by now had perfected his sarcastic but charming smart ass persona. It doesn't have the invention of Back To The Future but is still a really nice blend of fantasy and laughs that only loses steam a little for a finale that foolishly abandons the gags in favour of rather dated special effects. But where …

Tell Him About The Twinkie

This is a timeless classic in cinema. I say this about many movies; and I find they are all usually from the 80's and early 90's;...but they just don't make movies like these anymore. These days, I think filmmakers try too hard.

In this movie you have a group of guys who end up losing their grant with a local university; therefore forcing them to go into business for themselves. Fortunately, they had gathered enough data during their time with the university to have the capabilities to catch, capture and contain any ghosts that happen to appear.

Enter the heroine of the story, Dana (played by Sigourney Weaver); who believes her apartment is haunted because eggs were cooking on the counter and there was a "dog" in her fridge.

Do we have the beginning of a deep plot …

No posts have been made on this movie yet. Be the first to start talking about Ghostbusters!