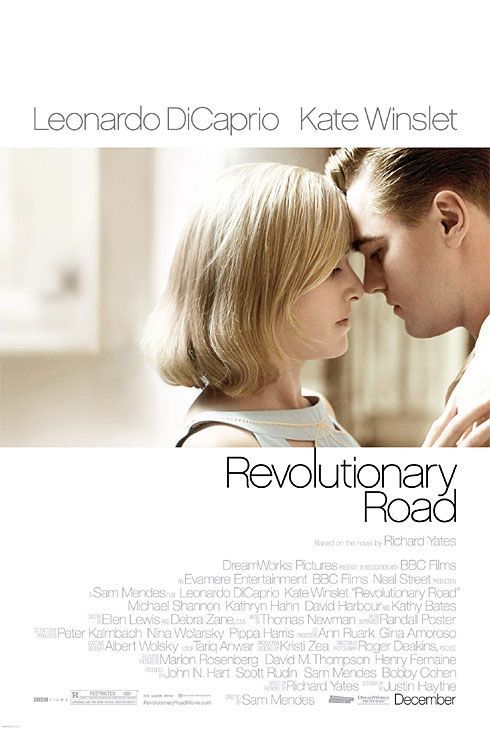 Plot: A couple living in 1950s suburban Connecticut struggle to keep their relationship intact while rising above their mediocre lives.

The film is about a couple living in 1950s suburban Connecticut struggle to keep their relationship intact while rising above their mediocre lives. This movie has great acting by Leo and Kate and the cast was all good.

I didnt really expect to much out of this movie & I didnt get to much either.Boring

A few things make this movie a good piece. DiCaprio and Winslet are such a great couple with a lot of mutual chemistry. Kathy Bates is an icon, and Thomas Newman does his thing again. The problem is the lack of intensity. It has its momments, but overall I felt it flat. Sam Mendes didn't deliver as I'd had expected. Still good, though.

Frank Wheeler (Leonardo DiCaprio) meets April (Kate Winslet) at a party. April and Frank move to a suburban area after marriage. They become friends with Helen Givings (Kathy Bates) and her husband Howard, and neighbor Milly Campbell (Kathryn Hahn) and her husband Shep (David Harbour). April discusses with Frank about living and Paris. Frank agrees but ironically he is being promoted in his work at Knox. He and April have arguments about each other, plans and marriage.

Themes of matrimonial complexities, relationships, honesty and conformity were depicted well. False expectations were likewise represented on the beautiful picture. Its special features show how the authenticity was brought to life and how well planned the crew was. Leonardo DiCaprio and Kate Winslet were … 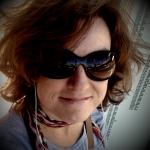 this is one of my favourite books (i've just decided) ... and the movie is pretty faithful to it ... even though it is set in the 1950's, the concepts are timeless and that's what appeals to me ...

two things that this story prods me about ... have a bloody good reason for following the crowd or do the work to head the other way ... be careful because it's so very easy to hurt the one you love

i've actually given the movie 3 stars - a solid effort but not remarkable ...

mendes authentically recreates that era for the viewer and the imagery supports the "one of the crowd" theme really well ...

i just don't know about di caprio's performance - he does the job but i'm not sure he has the range to tackle this role fully ...

the other half a star is because of kate alone - …

I Am Grateful For One Thing...

Truly wonderful and outstandingly brilliant, "Revolutionary Road" brings all facets of marriage, love, relationships, children, disappointment, and realizations to the forefront of the lives of Frank and April Wheeler, two mediocre citizens of a suburban nightmare.
While at once tackling the complex romance-lessness of marriage, this film also expresses a yearning for greatness...something to be remembered about. Who among us do not feel like the man or woman of this couple sometime in our romantic lives?
Sam Mendes [aka Mr. Kate Winselt] brings a vividly stunning cinematographer with an outstanding screenwriter and three of the greatest screen talents alive today and melds them together with relative simplicity and ease. Michael Shannon's outstanding performance left me in …

Personally, i found this movie to be severely OK.
i thought Kate Winslet's performance was good, but overrated.
i also thought (and i might be the only person in America to think this) that Michael Shannon deserved the oscar more than Heath Ledger.

You have valid points. I do disagree though.&amp;nbsp; I feel that you can tell what is making them feel this way.&amp;nbsp; You can see it is because of the Joneses that they want to have a house, have a car, have a job, have children.&amp;nbsp; It is the way society perceives them that they must be. This is true because if you look at the old couple, you see the same things.&amp;nbsp; If their friends leave, then they get jealous (as with the young couple as well).&amp;nbsp; I feel sorry for them because they &hellip;

Haven't seen The Reader, but the reason I don't like this movie isn't because it's depressing, it's because there's no sympathy for any of these characters.&amp;nbsp; AB and Requiem at least showed you an emotional journey the characters went on so you could see what the characters were and what they become.&amp;nbsp; We don't get that with Rev Rd.&amp;nbsp; We have one scene with the&amp;nbsp;hysterically written line &quot;I want to feel things...really FEEL things&quot; and then seconds later Kate and Leo are &hellip;

I actually loved this movie.&amp;nbsp; It was one of the best of the year. I am not sure why people think it is any more depressing than the reader, Requiem for a Dream or some of the other crap that was out there this year - or even American Beauty.

I've actually revised my rating by lowering it to one and a half stars.&amp;nbsp; It's been about a month since I've seen it and I definitely have a worse opinion of it now, so much so that I've encouraged people not to go see it.&amp;nbsp;