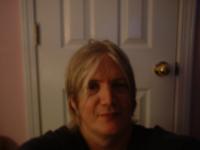 Movie Quotes: "If you want to fuck with the eagles you have to learn to fly"- Heather Chandler

A story of three "flatmates" living three obscure lifes in the depths of London. A.K. (portrayed by Eugene Hutz, of Gogol Bordello) is our Scandanavian(?) narrator and possibly lead character, who is the lead singer of a band, Gogol Bordello (no, this is not a documentary) and makes his money by beating up lonely husbands. Holly (portrayed by the incredibly likeable Holly Weston) is a Ballerina, who has everything, she could want, except for money. So, Holly needs to find a way to make money now also, and being that she allready has the flexibility of a ballet dancer, she looks to becoming a stripper. Our third main character is Juliette (portrayed by the model esque Vicky McClure), is a pharmacist who wants to help the starving children …

You wanted movie news and FilmCrave is proud to deliver it to you. Get instant updates to the latest movie rumors and news, right here on FilmCrave: Movie News

We also launched our movie blog where we will provide deeper insight into the latest news and movie rumors. Not to mention updating everyone on what is happening with FilmCrave. Be sure to read it every day at: Movie Blog

Finally, we have integrated with Facebook to allow you to &quot;like&quot; your favorite news stories, blog posts, and &hellip;

Have you seen Klute yet?

Heathers is just fantastic. It's unlike any other movie, probably because its a dark teen movie. The cast does a great job, I especially liked Shannen Doherty. She was great as Heather Duke. So dark and bitchy. Some of the greatest lines to quote are from this movie. It's definetly a movie everyone needs to see.