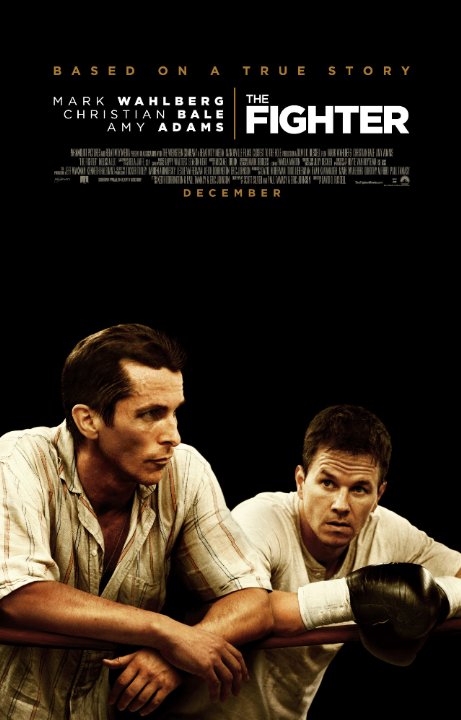 Plot: The story of boxer "Irish" Mickey Ward and his trainer / brother as he goes from amateur to professional. -- Chris Kavan

Boxing comeback/redemption story laid over a painful brothers drama, "The Fighter" is as thickly layered as it is conventional and well-acted.

Brilliant movie with Christian Bale acting his ass off.

Brilliant moving, emotional, movie ... Bale is incredible in this..... and its funny in parts

Why Did I Just Watched It Now

Brothers Micky and Dicky face obstacles in life encountering conflicts between family, career, and love all inclusive in the world of boxing.

***
I think this film is perfect! beautiful cinematography, very moving story, and a powerful cast. I'm not a fan of boxing, but seeing the movie, I knew and felt like I was really watching a boxing fight and I enjoyed all the thrill and drama with it. Kudos to the director David O. Russell! Wahlberg, Adams, Leo did very good performances, but on top of everything, Christian Bale was the best, indeed! He really deserved the Academy recognition playing an equally challenging and magnificent character, Dicky. A very well-written screenplay. Moving, touching, and making the best sense of an inspiring true-to-life story. What more can we ask for? …

Mark Wahlberg excels as the up and coming boxer struggling with a stuttering boxing career and living in the limelight of his older brother Dickie (Christian Bale) who trains and manages him with the best intentions, yet with no clout to take Micky into the bigger leagues where he belongs. His mother, Alice, (Melissa Leo) who runs the family with an iron fist, refuses to recognize it, as does her husband, George Ward (Jack McGee) and his gaggle of sisters (too many to mention). Alice only seems interested in promoting Dicky which doesn't help matters. Micky meets a brazen barmaid, Charlene (Amy Adams) and they start to see each other, she is strong-willed, just like his mother, and you can see conflict coming. After his brother's incarceration Charlene convinces him to change managers, …

One Of The Best Boxing Movies Ever

Christian Bale deserves an Oscar. Probably his best performance. He is dynamic, believable, and worthy of every award he gets. Despite his crappy choices recently, this one makes up for it. Great performances aside, this is a really good movie. Not your typical sports movie. The setting is incredibly real, the characters are real. Half the time, it felt like I was watching a documentary.

The cinematography is what kept this movie interesting. It was somewhat unique. At times it felt like a documentary (as I said above) and other times, it felt like cinema. I think this brought an edge to the movie, unlike many other sports and boxing movies.

Though this is no Raging Bull, it is definitely one of the top 3 boxing movies of all time. The melodrama was not over blown, and the ending …

No posts have been made on this movie yet. Be the first to start talking about The Fighter!