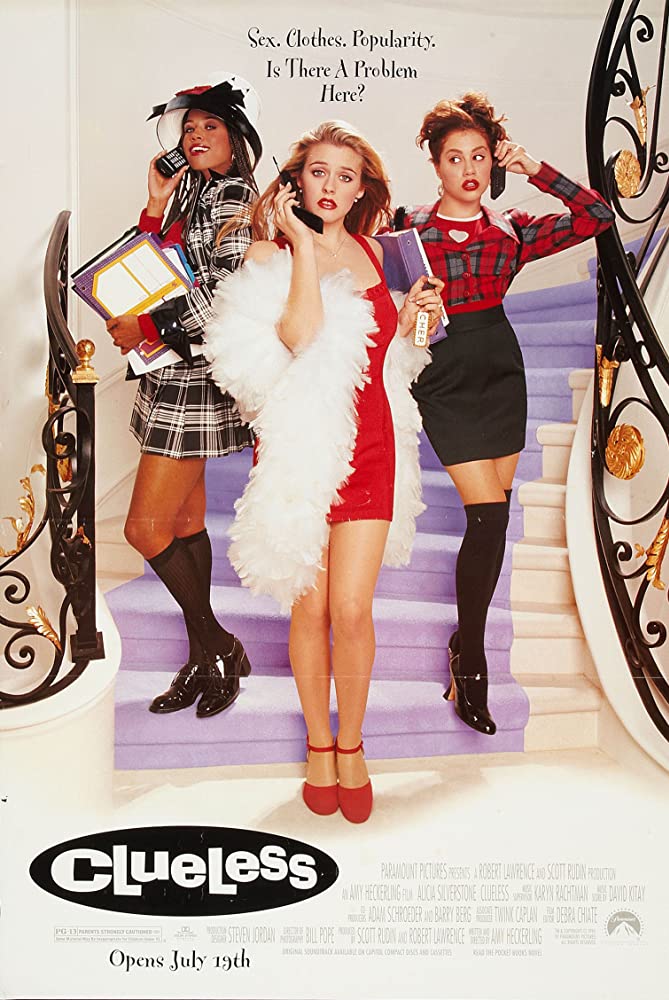 Plot: A young teen who is queen of her high school experiences life through different eyes as friends betray her when her attitude does not adjust.

I guess this is considered a cult classic, but, for me, it just felt flat. Silverstone and Paul Rudd both give energetic performances, but the Shakespeare story doesn't work as well when transplanted into the valley girl setting and the whole film sort of felt like a Disney Channel film. OK, but nothing special.

Surprisingly enjoyable. It's not just a movie for high-schoolers. Still very funny to this day.

Books that became movies by Muskurana

No posts have been made on this movie yet. Be the first to start talking about Clueless!