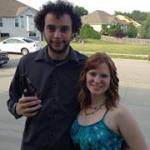 Her weapons of choice: whatever is aroundâa lamp, a television antennae, a skillfully crafted samurai sword even her creepy, super long man hands. Her torture endured: painfulâa shotgun blast full of rock salt, years of training, being buried alive. Uma Thurmanâs character (whoâs name is unknown until late in the movie) dishes out as much pain as she suffers in Quinten Tarrantinoâs sequel to last yearâs bloodbath Kill Bill Volume I. âBillâ II opens by filling in the gaps in Volume Iâs story line. We get to see why Billâs crew massacres Thurman and her friends on her wedding day. In Volume II we are introduced to the Bill (Kung Fuâs David Caradine) and the living members of the DiVAS (Deadly Venom Assassins …

Just rewatched this. It is long. I made it a 3 partner, one for each hour, and it was great. Definitely a top 10 war movie.

i dont see the rip off of Gone in 60 Seconds, it was two different plots the characters are alot different i see alot of differences, i actually liked this movie i didnt think i would but Wahlberg did a good job in my opinion and i liked the action it gave and the story line

No girl with the dragon tattoo?

I completely agree. I generally favor long movies, but this felt like a chore. I'm just glad that things picked up significantly after that unnecessarily long and drawn out wedding.

Finally somebody who realizes such as myself how bad this sequel was. Nice.