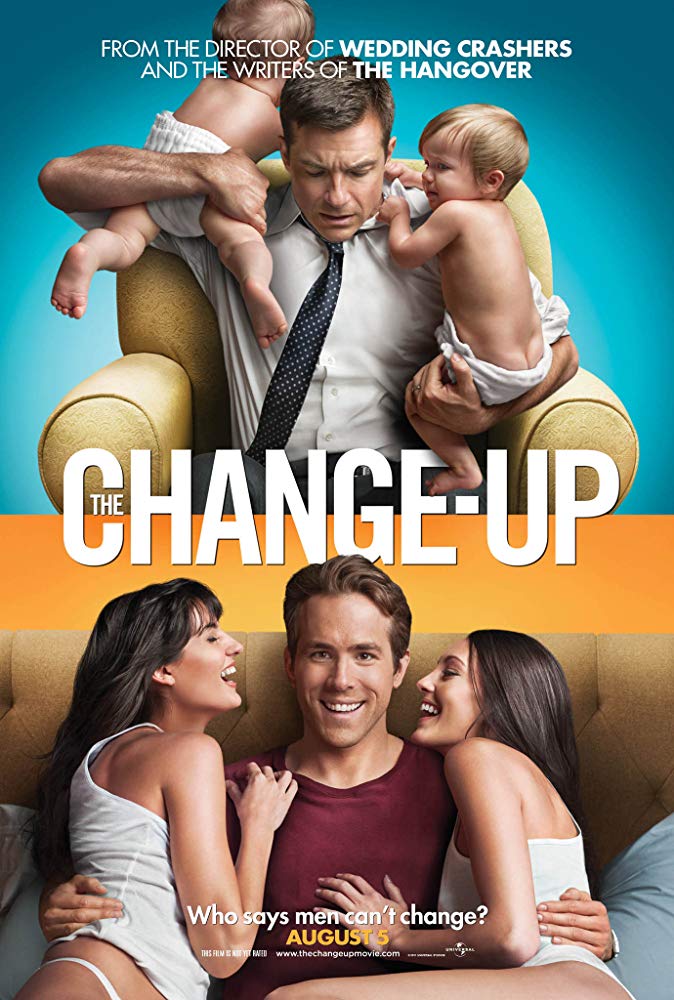 Plot: Once close friends, Mitch and Dave eventually go their different ways - Dave becomes the hard-working family man while Mitch is the free-wheeling bachelor. A drunken night out together has the two men wishing they could switch lives, but the next morning when the wake up in opposite bodies, it proves the adage of being careful what you wish for. -- Chris Kavan

Two friends had a drunken night out together has the two men wishing they could switch lives, but the next morning when the wake up in opposite bodies, it proves the adage of being careful what you wish for. This movie is not funny at all and the movie really forgettable. The characters are mostly horrible or just despicable, just like Ryan Reynolds how is a super ass-hole in the movie and yes you could say that's his character but he was not like his such a dick that he is lovable.

funny film better than all the hyped up comedies iv'e seen lately. well worth watching. the babies in the kitchen scene will make you think oh my god. very enjoyable comedy

In a raunchy take on a familiar premise, Reynolds and Bateman shine as two opposing characters who swap bodies. The comedic timing and improv skills of the leads make a lot of lesser scenes work. Surprisingly, though I was expecting a dud of a comedy, the film is fairly consistent on laughs and even arrives at some heartwarming conclusions.

A gross out comedy that delivers laughs-a-plenty!

Hmmm, another body-switching comedy! From the peaks of Big, Freaky Friday, The Hot Chick and 17 Again with Face/Off being my guilty pleasure â I thought Iâd seen them all but then along comes The Change-Up, a R-rated comedy version with a whole lot of F-bombers that gives a whole lot of meaning to the song âSweet Cherry Pieâ. It's slightly similar to Hall Pass with a little bit of Bridesmaids thrown in for good measure.

THE CHANGE UP REVIEW

Finally a "body switch" flick I can actually enjoy.this film is one of the funniest film I have ever seen in a long time.it really is that good.the main leads, Jason Bateman and Ryan Reynold play each other like is if they were actually each other.this film has it all : ruanchy comedy , fun characters , funnny ,gross out moments.it's a raucnhy lover's desire.this film is so funny.I feel like the actors were handed a great script and they turned it into something better with their acting abilities.amazing funnny film.the only problem I had with the film and no,it's not the length,some people hated how it ran over an hour and 50 minutes,but I think it helped by giving us more character depth.but the thing i can nit pick is that at times I feel they try to hard to be funny at moments and …

Mitch Planko and Dave Lockwood (Ryan Reynolds and Jason Bateman) have decided to piss on a fountain and simultaneously mention that they want to exchange lives. Mitch is a care free single porn star while Dave is a successful lawyer with a family and all the basic necessities in a home. Itâs weird that the film has huge contradiction of making valuable messages despite the numerous toilet and coarse humor. You see Dave being pooped at, a baby playing with sharp objects and almost getting his hands cut off with a blender. The premise was good since it showed how 2 main leads mature. Mitch becomes responsible and âdoesnât quitâ while Dave learns to enjoy life and learns to relax. Reynolds and Bateman were good, but the script and silly childish scenes just ruins the picture. …

No posts have been made on this movie yet. Be the first to start talking about The Change-Up!