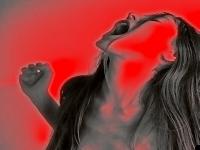 Employer: I'm right behind you.

Position: Seriousely - RUN FOR YOUR LIFE!

About Me: I love horror movies, especially slashers from the 70s and 80s. My favourite horror movie is John Carpenter's classic HALLOWEEN. I'm really pissed about modern mainsteam horror, especially the crappy remakes that douche bag Micheal Bay pulls out of his ass. Still, we've been having some good ones recently, namely THE STRANGERS, MIDNIGHT MEAT TRAIN, and of course Sam Raimi's epic return to horror: DRAG ME TO HELL. I also love a good action flick, especially ASSAULT ON PRECINCT 13 (1976) and THE MATRIX.

Movie Quotes: "I met him 15 years ago, and was told there was nothing left. No concience, no reason, not even the most rudimentary sense of good or evil, right or wrong. I met this boy with these pale, emotionless eyes. The Devil's eyes." -Donald Pleasence (Halloween)

"I've come to kick ass and chew bubblegum. And I'm all out of bubblegum." -Roddy Piper (They Live)

OK, I'm just gonna say it right now: I think Ed Wood is one of the greatest filmakers who ever lived. Hell, he's my fifth favourite filmaker (behind John Carpenter, Stanley Kubrick, Steven Spielberg, and Quentin Tarantino). Seriousely, I love the man's work! Hell, he's one of the reasons why I love Uwe Boll: because Uwe Boll reminds me so much of Ed Wood. I'm NOT joking. Ed Wood has to be one of the happiest and most enthusiastic filmakers of all time, and Plan 9 From Outer Space is the greatest testament to his awesomeness. I mean seriousely, the fact that he used gasoline-soaked paper plates as flying saucers, and made his actors deliver awesomely awkward dialogue in really fucking weird ways, and the fact that he casted his wife's …

Is anyone else questioning Anne Hathaway's future performance as Catwoman??

I'm so glad you don't have Bordello of Blood on this list. That was a horrible movie. Sucks that Corey Haim died though.

No Walk the Line OR Raging Bull?!?! Thats blasphemy in my book!!! lol jk

Departed's not an action film. Its a cat and mouse Thriller/drama

A 4/4 for Tron? Really? I liked it and all but I didn't think it was good enough for a 4/4 and I didn't like it as much as I did Harry Potter, Shutter Island, or Scott Pilgrim.

lol Remember how you complained about FB's review of Mission Impossible II? Well, why is it one the list? ROFL

Black Christmas came out in 74, man.