The Silence of the Lambs Movie Information 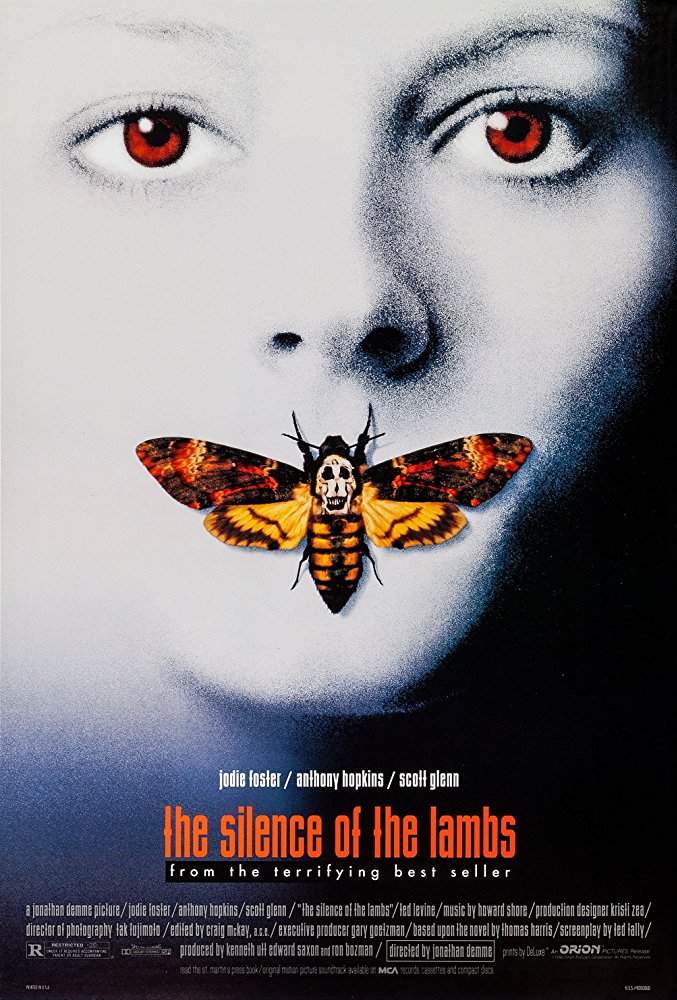 Plot: An FBI agent uses the help of Dr. Hannibal Lector, a confined psychopathic killer, to profile a missing person's kidnapper and serial killer. As she comes closer to lector, she shows sign of nervousness. Will she still seek his help to complete the job?

The only horror film to win Best Picture, "Silence of the Lambs" is psychologically petrifying and features Jodie Foster and Anthony Hopkins at their very best.

Maybe the most intelligent American thriller of the modern era. One of the best horror films as well. 88/100

This is one of the best horror thrillers that I ever seen.

Takes a âbiteâ out of your mind

Well, we all know how extraordinary this movie is. Winner of 5 Academy Awards for Best Picture, Best Director, Best Actor for Anthony Hopkins, Best Actress for Jodie Foster and Best Adapted Screenplay.

Jodie Foster plays Agent Starling a trainee in the FBI sent to speak to Hannibal Lector, former psychiatrist and serial killer who ate his victims, hence the nickname âHannibal the cannibal. Her alignment is to take notes on his behavior and to get him to open up which has proved unsuccessful with past profilers. At the same time Buffallo Bill, a serial killer who leaves his victims skinned, is on the loose and pursued by the FBI and authorities.

Hannibal develops a liking for Starling, and instead of being assessed offers do conduct a criminal profile of Bill which would greatly …

The Doctor Will Eat You Now

Jonathan Demme displays such an ingenuity in the art of suggestion that it is quite possible to emerge from 'The Silence of the Lambs' with a sensation of utter repulsion, despite the fact that, save for a bullet entering a cadaver, not a single act of violence is directly shown (even the infamous escape of the good doctor from the Tennessee constabulary does not actually depict any acts of violence onscreen). That would be impressive in and of itself, but that the film also has in it's creative arsenal the eerie cinematography of the talented Tak Fujimoto (whom would go on to do equally sterling work for the horror genre with the M. Night Shyamalan masterpiece 'The Sixth Sense'), the penetrating Thespianism of Anthony Hopkins, the virginal qualities of Jodie Foster, and the tightness of …

The Silence Of The Lambs is a 1991 thriller film starring Jodie Foster, Anthony Hopkins and Ted Levine. It is based on the novel of the same name and won Academy Awards for Best Picture, Best Director (Jonathan Demme), Best Actor (Anthony Hopkins), Best Actress (Jodie Foster) and Best Adapted Screenplay (Ted Tally).

Although the movie mainly follows Clarice Starling (Foster), like everyone says, Anthony Hopkins stole the show. His performance is chilling, eerie and well-deserving of the Academy Award he won for this movie.

Jodie Foster kinda annoys me in every movie she's in. I haven't quite figured it out yet, but she still did a good job and also deserved the Oscar she was awarded.

I do wish we could chat longer, but I'm having an old friend for dinner.

No posts have been made on this movie yet. Be the first to start talking about The Silence of the Lambs!