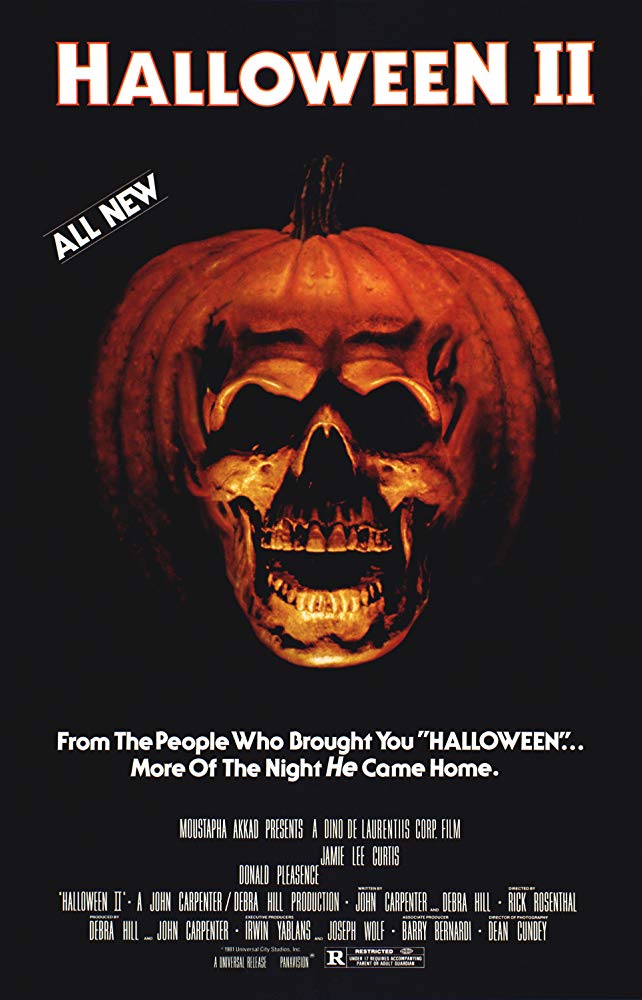 Plot: After surviving her ordeal, Laurie Strode is rushed to the hospital. While Sheriff Brackett and Dr. Loomis scour Haddonfield for Michael Myers, the killer has discovered Laurie's whereabouts and turns the hospital into his own killing field. -- Chris Kavan

After surviving her ordeal, Laurie Strode is rushed to the hospital. While Sheriff Brackett and Dr. Loomis scour Haddonfield for Michael Myers, the killer has discovered Laurie's whereabouts and turns the hospital into his own killing field. A good sequel that may not be good as the first but the sequel is like Friday the 13th.

Continuing directly on from the first movie and with much of the same talent involved this is not the measure of the original, but still head and shoulders above 99% of other slasher flicks.

Even though Jamie Lee Curtis is too old to be playing a 17 year old and wears a wig, this sequel is pretty good, a little gorier than the original, but still delivers scares and an excellent soundtrack by Carpenter.

A great sequel to a great movie. Although Carpenter did not direct, Rick Rosenthal made an excellent sequel that really delivered and ended the story very well. I loved how Michael Myers was always in the shadows like the first, even though it was majorly in a hospital, it worked and made it as creepy as the first. Dick Warlock as Michael Myers was just awesome, he's known as one of the best Myers stuntmen, known for his robot-like walk and his head tilt he does. In this film Myers also uses a Scalpel through out the whole film instead of a knife, which doesn't take anything away from the film. The death scenes in this film were great and much better than the first. This film still had suspense but added more blood which was ok, and it worked til the end.

No posts have been made on this movie yet. Be the first to start talking about Halloween II!