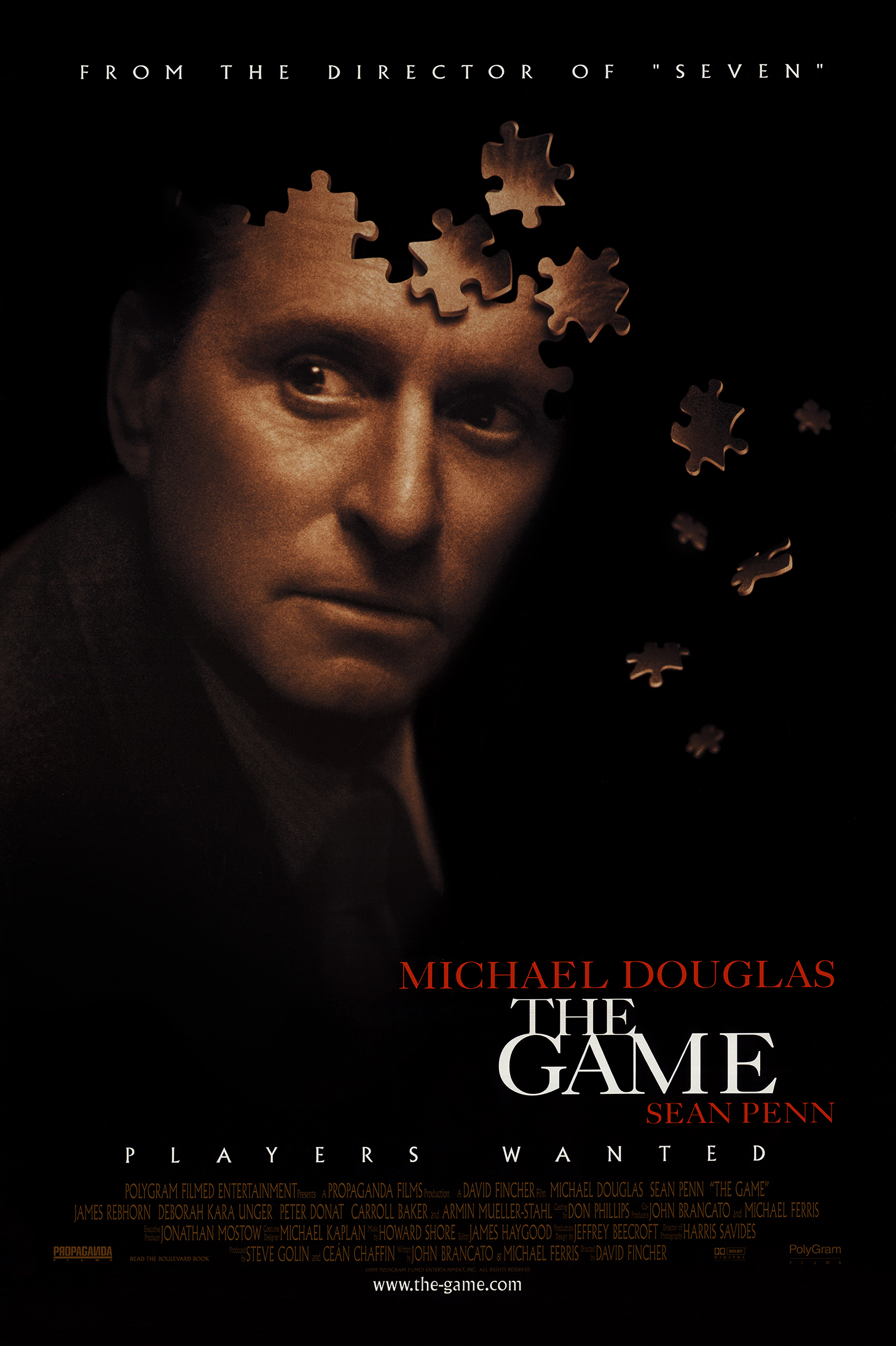 Plot: A man who has everything is given an odd gift by his spoiled brother - a game that is supposed to involve his life. But, when real bullets start flying he suspects it is more than just a game

"The Game" makes the most of its intriguing premise that's as boundlessly unpredictable as the fictional company at the movie's center.

The Game is an interesting and paranoid thriller, one in which the rules keep changing with each scene. Despite the many twist endings, the film never seems like it's trying too hard and the twists and turns come naturally and are genuinely surprising. An underrated Fincher gem.

The story is about a man who has everything is given an odd gift by his spoiled brother - a game that is supposed to involve his life. But, when real bullets start flying he suspects it is more than just a game.

This might not be David Fincher's best movie that he did, but I still think this movie is well done. Michael Douglas did a fantastic job playing a ass-hole in this movie and his character got better as a person towards their end. David Fincher is one of those directors that gets the tone right in his films and in this one, it's no different. My only problem with the film was it's ending. Overall The Game may not by David Fincher's best film, but he did what he could and I respect him for …

Nicholas Van Orten (Michael Douglas) is a self-important, officious, extravagantly wealthy financier banker who has always been a loner. On his 48th birthday, the same age when his father committed suicide, he receives a mysterious gift from his younger brother named Conrad (played by Sean Penn) - a ticket for something known as 'The Game.' Nicholas' curiosity is peaked and he signs up for the game at CRS, Consumer Recreation Services. He does a day's worth of testing and then is told that CRS couldn't make a game for him. Shortly after that he finds himself in a real life game where he is the victim of fraud, his house is broken into, there are attempts to kill him and his brother is committed. Van …

The Game is a first-rate thriller that will leave you guessing until the very end. Michael Douglas is superb in his role as investment banker Nicholas Van Orton, a role undoubtedly inspired by Douglas' Oscar winning turn as Gordon Gekko in Wall Street. In fact, the viewer can hardly conceive of another actor play the part. Sean Penn fans will be sorely disappointed as his role is quite small (but crucial) as he plays the brother (and family screwup) Conrad Van Orton. The rest of the supporting cast is filled out by several character actors, including James Rebhorn, perhaps the epitome of all character actors, the guy you know, but cannot name.

Overall, the film is very ambitious. Some of the scenes are masterpieces and David Fincher is right at home directing this paranoid film …

No posts have been made on this movie yet. Be the first to start talking about The Game!