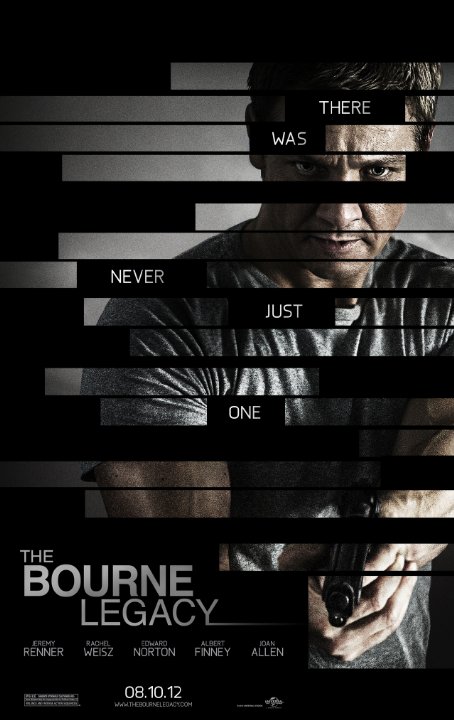 Plot: Following events of the Bourne Ultimatum, CIA operative Aaron Cross must deal with the consequences of Jason Bourne's actions as he comes to realize the plot goes much deeper than just one man. -- Chris Kavan

Stop shitting on Jeremy Renner and give him his own franchise, Hollywood! First the Avengers and now this?!?

The Bourne as just been reborn ed. the Bourne legacy. Okay Matt Damon is not in this movie but this time Jeremy Renner is taking over.this movie was a let down I mean a disappoint.

I wasn't sure if Jeremy Renner could shoulder a series that Matt Damon has made his own. Yet he manages to be a more grounded action star. Even if the sparks between him and Rachel Weisz are a bit weak, the action scenes (especially the motorcycle chase) are excellent. Action fans will be happy and I think the series is in good hands should they continue.

"The Bourne Legacy" by Yojimbo

A sister programme to Treadstone featuring drug enhanced operatives is threatened with exposure in the aftermath of Jason Bourne's activities so the agency sets about "damage limitation" by attempting to assassinate everyone involved. There is nothing particularly wrong with The Bourne Legacy. Jeremy Renner is fine. Rachel Weisz is fine. The action sequences are fine. The plot is workmanlike but far from dreadful. The only real problem with the film is that it's irrelevant; there is literally nothing here that wasn't done - and done better - in the first three films. It's generic but a perfectly serviceable action thriller if you've got a couple of hours to waste but ultimately The Bourne Legacy feels exactly like what it is; just the product of a movie studio trying to wring the last …

Jeremy Renner (Number 5 Aaron Cross) plays another super-soldier whoâs out in the Alaska snowy wilderness in a training exercise. It's not long before Washington types decide that the program is in danger of being exposed potentially leading to further revelations of the "Blackbriar" and "Treadstone" programs. This cannot be tolerated and therefore "Outcome" has to go, which basically means that their super-soldiers are to be terminated and the people associated with it.

Renner survives their attacks from the remotely controlled weaponized-drones and he wants answers as to what is going on from the woman who worked on him when he started at Treadstone, Dr. Marta Shearing (Rachel Weisz). He also seeks the medication that apparently all subjects need to take to help them increase …

The Bourne Legacy should be the last bourne film I hope. This entirely new concept has no relation to Jason Bourne series. The title legacy has nothing to do with the bourne. Yes director would have thought for bringing in another Jason bourne movie. Thatâs fine. But without Jason Bourne ?? Not a good idea! So what he does in here? He brings in Aaron Cross, whose identity is not known till a point in the movie. Showing jason Bourne in television channel would not save the film. Where is Bourne in the film ? This is the question audience would think after coming out. I expected climax to reveal the whereabouts of Bourne. Nope! I am totally disappointed. So where is the point of another movie …

The Bourne Legacy is a weak film that exists as nothing more than a sore tit hanging from a cash cow that's spent already. &amp;nbsp;Bourne Identity through Bourne Ultimatum had a complete story, told well. &amp;nbsp;The first thirty minutes is a redundant back-and-forth between Renner walking around snow and trees, and Edward Norton delivering the same speech three times about &quot;how serious this situation is&quot;. &amp;nbsp;The plot is finally found roughly 45 minutes in, and then rushes to an anti-climactic &hellip; 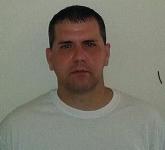 1st of all his last name is Renner, not Ryans. You dont know much about Renner if thats your opinion. Overall, I believe he is a better overall actor than Damon. He started his career a little later, but the dude can act and can play a badass. Hes great in the Hurt Locker and The Town to name just a couple. I think he is more believable and can play more different types of characters than Damon. I like Damon a lot and hes made a lot of great flicks, but Renner is the man now and you will see &hellip;

Jeremy Renner is great as Aaron Cross. he's younger, more likable and
in better shape than Matt Damon, at least in Ultimatum where Damon was
overweight. He's also less wooden in his interactions with other
people.

I am just a little disappointed with the fact that they have replaced Matt Damon with Jeremy Ryans. They could have replaced him with some better choice.