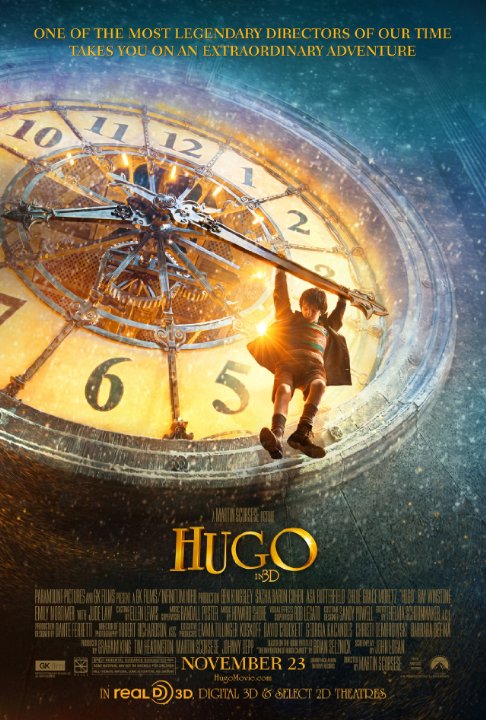 Plot: A 12-year-old orphan living in the walls of a Paris train station circa 1930 must unravel a mystery involving his late father and a robot. -- Chris Kavan

A 12-year-old orphan living in the walls of a Paris train station circa 1930 must unravel a mystery involving his late father and a robot. Martin Scorsese directing a kids movie could fall on it's face but the movie works so well that movie is great. 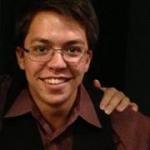 So here's the thing: I may be one of the few people who gets what Hugo is really about and still hates it. Actually, let me rephrase: I greatly dislike the characters. Before I get into that, allow me to back up everything I like and love about the movie.

The cinematography is something to commend beyond an Academy Award. Scorsese makes his tone and theme very clear given the script and does some of his best direction with it. The editing perfectly mirrors the old techniques used in silent films, a motif of the film's story. I especially love the color scheme shown in the Train Station, and the contrast of it everywhere else.

Hugo is a whiny little brat who never learns from his mistakes, not to mention he just sounds extremely …

A young orphan unlocks the secret to the life of a bitter old toy vendor when he tries to steal from his shop. Martin Scorsese tries his very best to ape Jean-Pierre Jeunet in this sickly-sweet homage to the life and work of cinema pioneer Georges MÃ©liÃ¨s which despite its creative use of 3D and CGI effects and potentially interesting subject matter, just did not work for me. The story centres virtually exclusively around stereotypical urchin Asa Butterfield and his Enid Blyton-esque, jolly hockey-sticks playmate Chloe Moretz and as such the tone of the film is aimed squarely at children. In fact the saccharine soaked, manipulative and oh-so predictable script is very much like that of an animated feature, as is the weakest of the weak slapstick provided by Sacha Baron Cohen whose …

Hugo is a film, that is intended to recognise a great film maker, Georges Milies, a French illusionist turned film maker. His visions and an art of drawing pics and incorporating them into films, were trend base for current use of special effects. The effective screenplay from Logan, and craft piece direction from Scorsese is brilliant. Ben Kingsley is terrific as Milies. A small boy Hugo Cabret played by Butterfield is working hard to discover his fatherâs secret. Scorsese knows the way to display the film. He uses the best technical staff and delivers a masterpiece. Recollecting, Scorseseâs Shutter Island, and the aviator, he is a director with a vision. Hugo hits emotions and recognizes every character. I can call this a beautiful film.
The plot begins, with a small boy Hugo who …

Tomorrow! 11-23-11 for those not only a daily schedule. I'm still not sure if Scorsese can pull off &quot;whimsical&quot; - just between you, me and anyone reading this post - I'd rather watch The Muppets.

Yeah I don't know. Just looks boring to me. Hopefully the acting and the story are not overly dramatic. When does it come out?

It's Martin Scorsese - this has &quot;Oscar contender&quot; written all over it, even if it appears to be more family accessible. I haven't made up my mind whether I really want to watch it in theaters. If the word it good, I'll probably hit it up before the year is out.