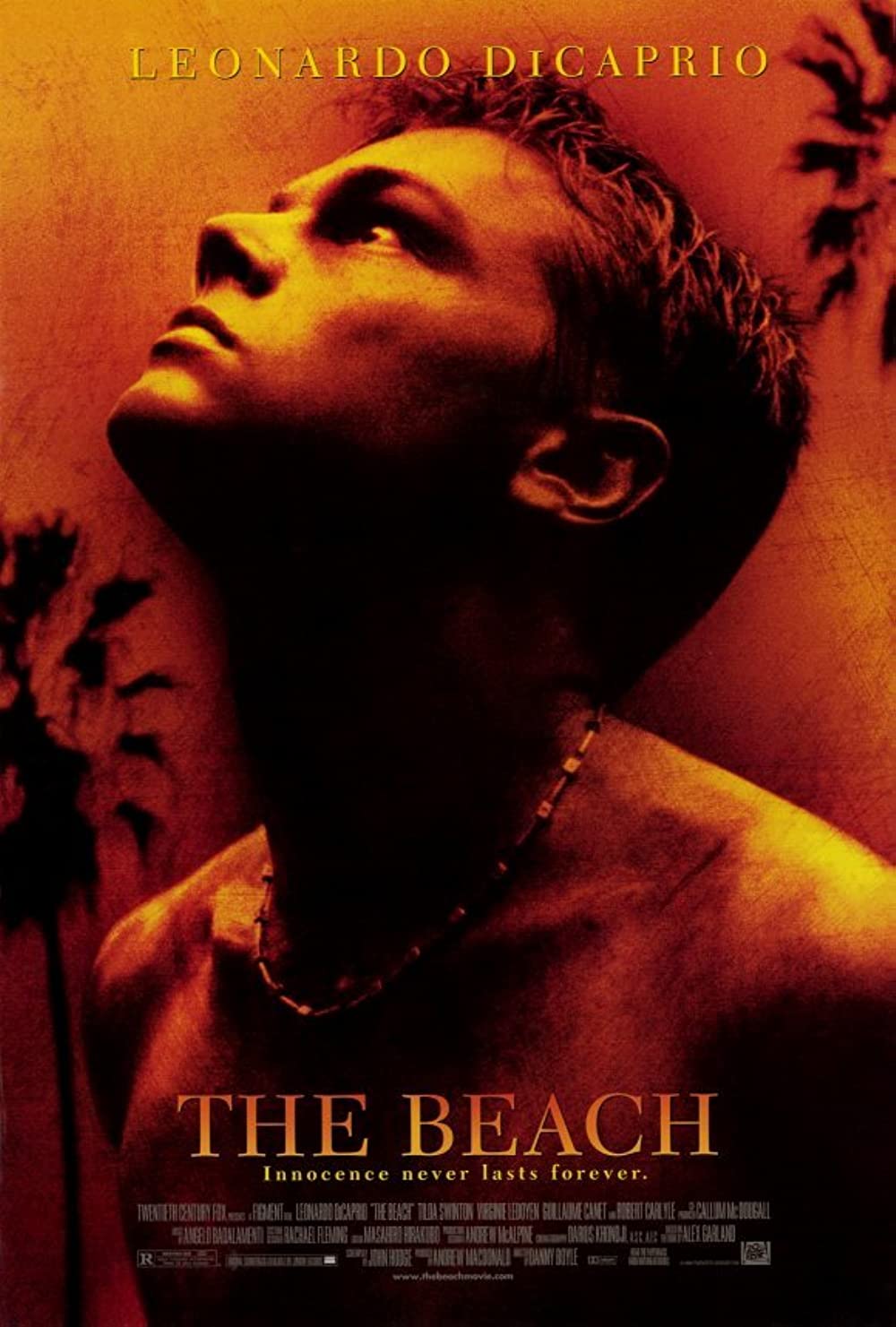 The story is about a couple of young kids find a deserted beach paradise. This could have been a great movie but sadly i wasn't. Leonardo DiCaprio wasn't good in the movie and that was a big shock and the movie is mostly dull and forgettable.

Richard (Leonardo DiCaprio) goes on a trip and meets Daffy (Robert Carlyle) who gives him a map of a beach. He encounters FranÃ§oise (Virginie Ledoyen) and her boyfriend, Ãtienne (Guillaume Canet). Despite the beauty of the location and cinematography, the overall execution and screenplay that bores us all to death. Pacing of the film and sappy conclusion were one of a few lowlights. Unlikable characters and poor plot development was evident. The Beach is one of those forgettable films instead of thinking of it as an entertaining adventure drama.

I remember thinking it was a lot like the book, Lord of the Flies. It's probably based on the book.

"The Beach" by Yojimbo

A traveller in Thailand encounters a manic stranger who entrusts him with a map to a secret island paradise. The Beach feels very much like a hangover from the 90s in that it makes the same mistakes many films of that particular decade made; namely it mistakenly assumes that a few smug new age platitudes and pop music are a substitute to depth of plot or characterisation. Much of the film feels like a cross between a travelogue and an australian soap opera as a bunch of insufferably self obsessed hedonists play at Robinson Crusoe, shag and play beach sports. I can't really fault DiCaprio's performance as he does the best he can with what he's got to work with but all of the characters are so difficult to care about that I just never gave a crap. It got a bit more interesting towards the …

About Nothing but Pretends to be About Something

It started off okay but then as the movie went on, it got really random and confusing. This was supposed to be a thriller but there were a plethora of cheap and false scares, to the point where it got exhausting. The only glimmer of good thing about this picture is Leonardo DiCaprio. You can tell he's committed to prove himself as a serious actor, especially right after the masterful "Titanic." The little quirks that he added to his character were entertaining, unlike the picture as a whole. Another actor that stood out was Tilda Swinton. It's impossible for her to play a boring character. When she finally shows her teeth, it was kind of scary. As for the negative things, I thought the concept of isolation could've been better executed. There was this brilliant scene regarding a shark …

No posts have been made on this movie yet. Be the first to start talking about The Beach!