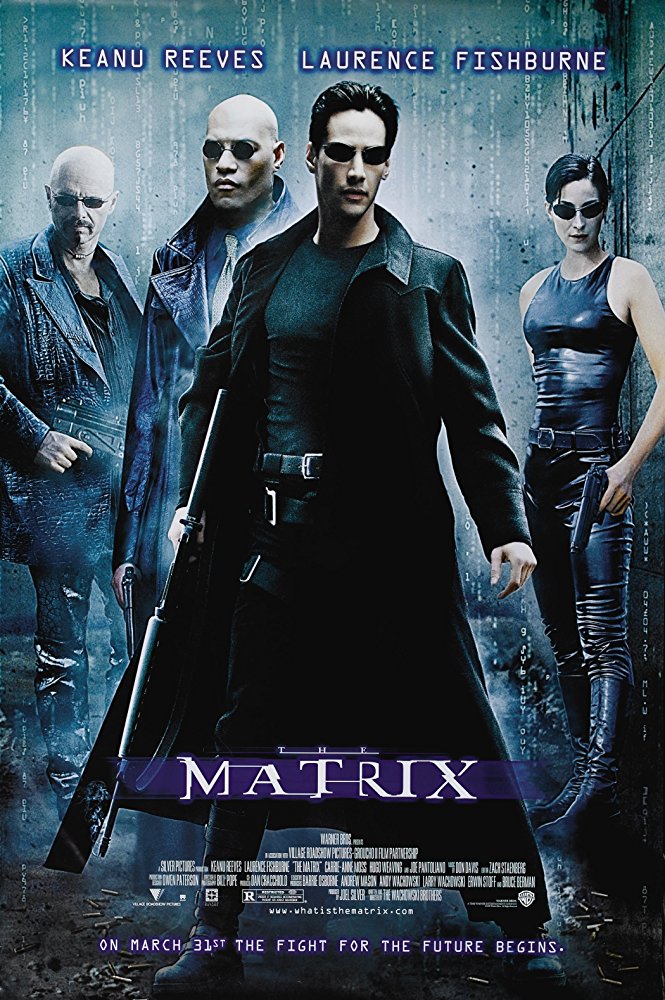 Plot: A computer programmer, Neo, finds that things are not how they seem. His life will get turned upside down when Morphius gives him a choice to see the truth.

An untouchable mind bender, "The Matrix" inspired no telling how many sci-fi films of the 21st century.

(Red pill) you will see the true ways of film making, (Blue pill) you can go back to crappy remakes and preqel's "chose"

Before it got convoluted and mythology-driven, the Matrix series began with this inventive and to the point sci-fi thriller. The sparse digital setting of the Matrix provides an environment for a sci-fi story that borders on neo-noir, combined with some techno-thriller elements a la Hackers. The gravity-defying fight sequences feel fresh and exciting here, in a film that exudes coolness on every level.

I remember the very first time I watched The Matrix. I was twelve. I was bored and it was mid-July at my grandmother's house with nothing to do. I drove into town and the minute I entered the shop, this DVD cover basically reached out to me. It had an aura. It was called The Matrix.
I took it home.
And I watched it.
Eight. Times. In. A. Row.

The Matrix is one of my all-time favorite movies because it does for me what other movies could not even come close to doing. It had perfectly-choreographed (and might I say badass) action, great direction and cinematography, a wonderful premise and fantastically original script; but all this didn't matter to me at the time as much, because because then it was just pure fun.
This is one of the most original movies ever made, not only because …

"The Matrix" by Yojimbo

A computer hacker who is unsatisfied with his life is contacted by a mysterious stranger who reveals to him that the "real world" is in fact a computer generated simulation designed to subjugate the human race. The most striking aspect of The Matrix is obviously its visuals; highly influenced by the wire work of Asian cinema, the Wachowski brothers cranked it up another level by creatively using computer software to pretty much perfect the action sequence. The mix of fetish wear, brilliantly designed cyber punk technology and super cool actors (both Reeves and Fishburne were catapulted into mega-stardom by this film) makes for an audio visual cocktail that influenced virtually every film that followed. But for me it is the simple but brilliant concept that is the real strength of The …

A hacker has been summoned to make something happen for the better. There are sentinels, computer programs, a sophisticated ship, traitors, martial arts and lots of weapons involved in this unique groundbreaking film. The plot is intriguing and inimitable at the same time. The fight scenes have been replicated by several films and shows. Its idea and concept could have birthed the film Inception. Morpheus (played by Laurence Fishburne) teaches Neo (Keanu Reeves) how to manipulate the program to his advantage. Trinity aids Neo in certain missions. One of the best lines from the film: Neo â âYou're afraid of change. I don't know the future. I didn't come here to tell you how this is going to end. I came here to tell you how it's going to begin. I'm going to hang up this phone, …

No posts have been made on this movie yet. Be the first to start talking about The Matrix!