The Mask of Zorro Movie Information 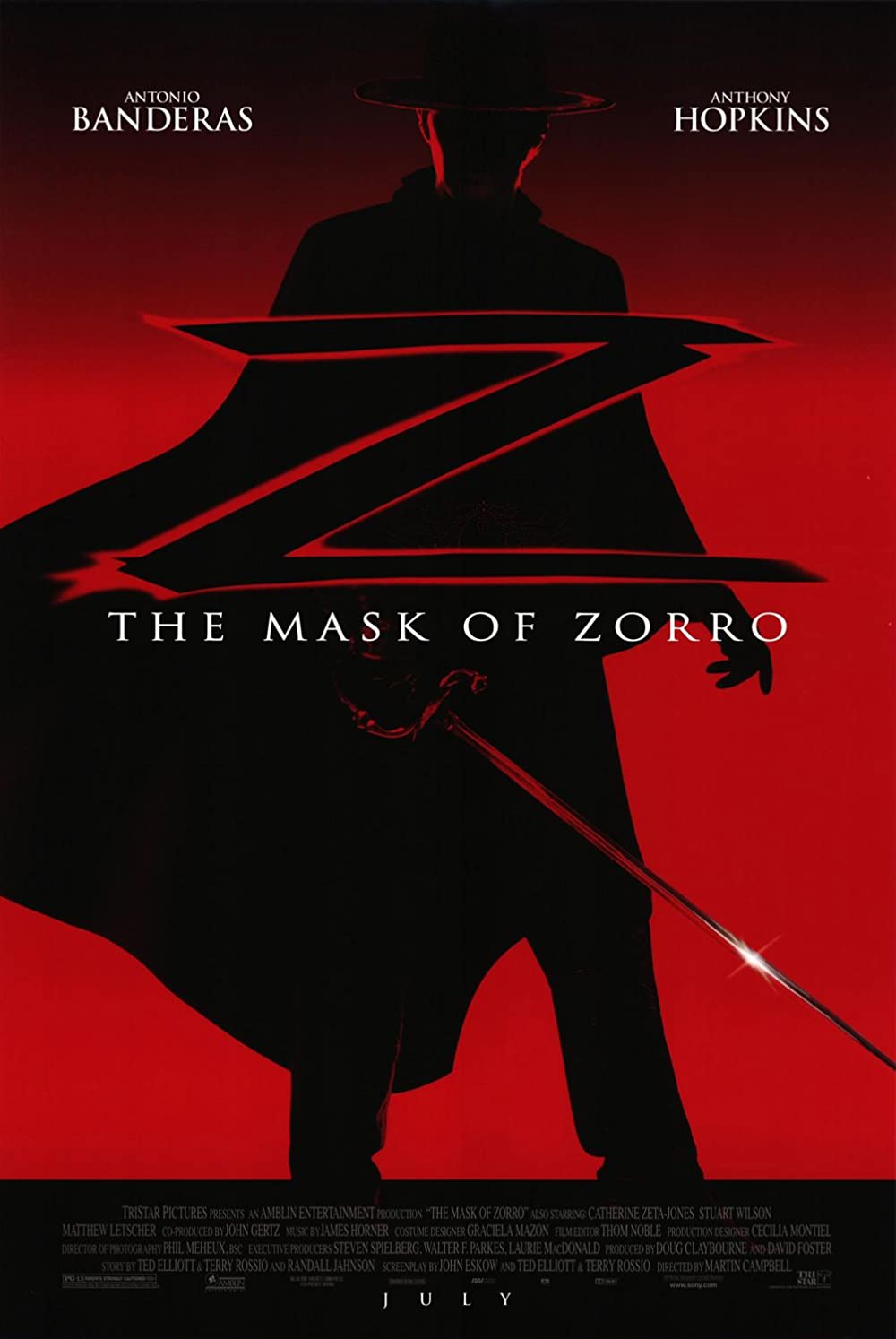 Plot: An elderly Zorro comes out of retirement to apprentice a young upstart, and avenge the death of his wife and liberate his daughter, who has been raised by the man responsible for his 20-year imprisonment. -- Chris Kavan

An elderly Zorro comes out of retirement to apprentice a young upstart, and avenge the death of his wife and liberate his daughter, who has been raised by the man responsible for his 20-year imprisonment. This movie has fun action sense and the movie has a good look to it.

Efficiently enough handled swashbuckler with some nice Jackie Chan-esque set pieces. Banderas and Zeta-Jones display some modicum of chemistry and Anthony Hopkins brings some dramatic weight to his role. Not bad at all.

There are definitely some fun action set pieces and sequences here, but the character of Zorro comes off cartoonish and isn't probed with any sort of depth. As a fun adventure film, it has its moments, but it tries to attain a level of depth that doesn't pay off, due to thinly-written characters.

Felt like the vintage swashbuckler films of old Hollywood. The story revolves around Don Diego de la Vega (Anthony Hopkins), long lost daughter Elena (Catherine Zeta-Jones) and protege Alejandro Murrieta (Antonio Banderas). The choreography, costumes and score just fantastic. The horse ride/chase sequence and Zorro one on one with Elena were one of the may action highlights were seeing. Unfortunately, the antagonists were not as convincing and menacing enough. Though Hopkins is a treat to watch as always, his nationality seems to not be a match for the Zorro franchise. Some humor felt amateurish though some works. Nevertheless, Mask of Zorro was entertaining despite its minor misgivings which could be overlooked by the spectacular action and earnest onscreen chemistry of Banderas …

Romantic adventure with a charismatic cast.

Set in 19th century California, the masked Anthony Hopkins is the first Zorro. He fights for the rights of the people against the tyrants that rule California but when he is found, and his wife is killed and his only child taken from him by Don Raphael Montero the ruthless and corrupt Spanish Governor. Zorro is put into prison and not heard from again until 20 years later when he escapes. Understandably the swordsman's a tad miffed. He needs to train and enlist the services of a young protÃ©gÃ© to avenge the evil Governor. Enter Antonio Banderas who has his own bone to pick with Don Rafael Montero's sidekick, the perfectly dastardly Captain Love (wonderful psychopathic turn from Matthew Letscher).

No posts have been made on this movie yet. Be the first to start talking about The Mask of Zorro!