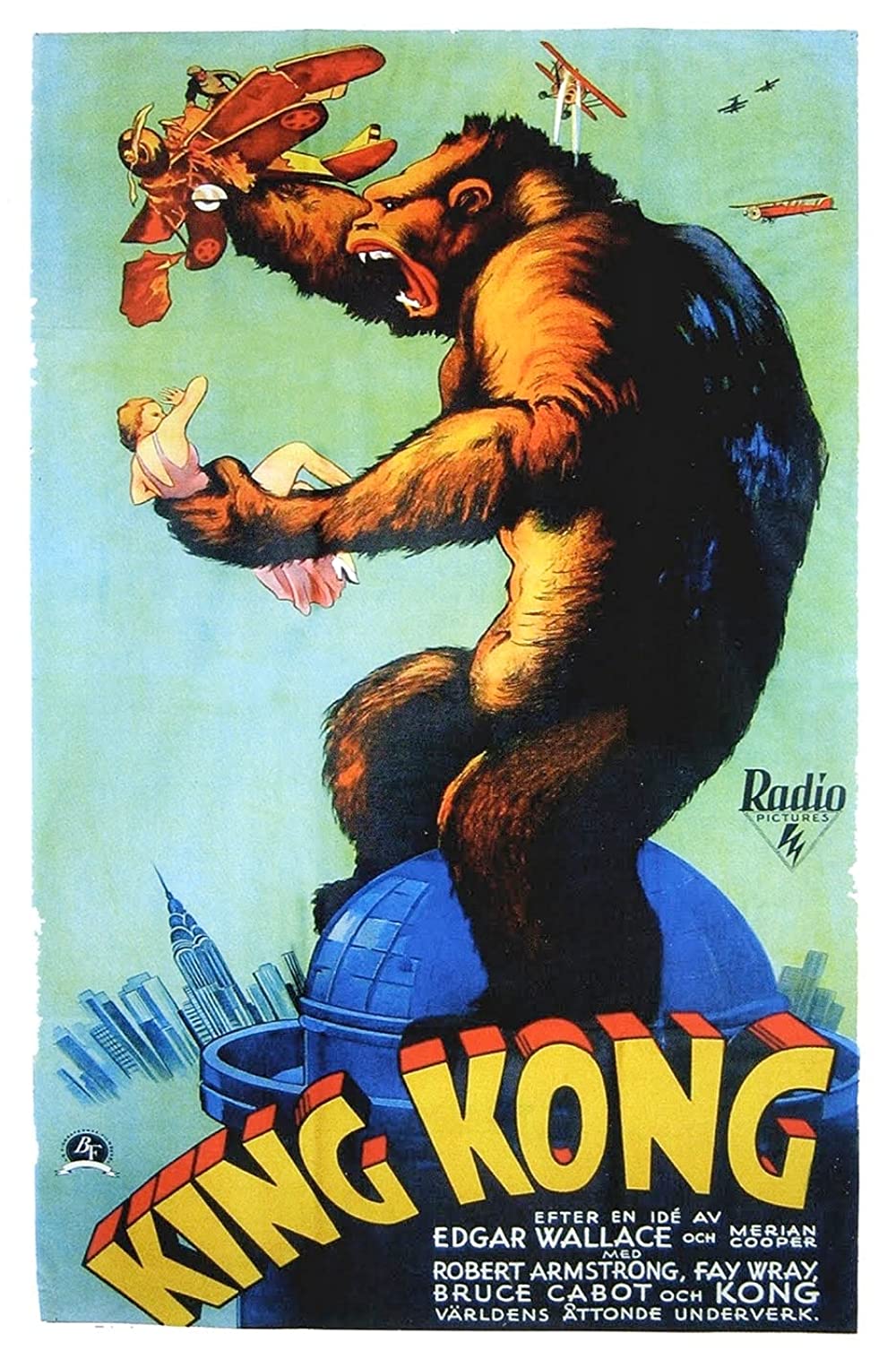 Plot: An adventurous film crew leads a ship to an X on a rare map to find mysterious animals including Kong himself!

As old-fashioned as some of the effects are, they still have an undeniable charm to them. The original "King Kong" is the ideal monster movie.

Jaw-dropping in its entirety. In the 30s, monsters in Hollywood were supposed to represent mankind's deepest fears in a maximized scale: Dracula represented the elegant and classy side of the macabre; Frankenstein stood for man's violent and brutal impulses; the Invisible Man showed the ambitious need of man to be omniscient and unperceived. King Kong may acquire the sexual interpretations you may wish (man's domination over mankind and, specially, over women), but in this era, special effects and technical innovations (editing, sound) served a solid purpose. King Kong is the best monster movie, surprisingly better than the silent rarity The Lost World (1925). 97/100

The most classic of 'monster' movies. The film earns it's title by proving, after all these years, that it's still a completely entertaining fantasy adventure that delivers the action. The effects (dated as they may be) remain fascinating to watch and admire for their skill.

A true classic to check out

Carl Denham: "And now, ladies and gentlemen, before I tell you any more, I'm going to show you the greatest thing your eyes have ever beheld. He was a king and a god in the world he knew, but now he comes to civilization merely a captive - a show to gratify your curiosity. Ladies and gentlemen, look at Kong, the Eighth Wonder of the World".

King Kong was a true cinema classic that inspired and amazed film lovers out there. The effect's in the movie may be dated to some and I do admit they have aged, but I got to say it's better damn impressive even around the 30's the stop motion animation looks pretty good in some scenes as this movie is 82 years old as I speck.

The movie dose have flaws but the flaws are nothing really big to ruin or stain the movie experience. Like my flaws with …

An impulsive director whisks an unknown actress to an unexplored island to capture a mythic beast on film. The Jurassic Park of its day, King Kong is the original monster movie. Unfortunately the very element that no doubt wowed audiences of the time are now its greatest handicap; the visual effects. Special effects have obviously moved on a great deal over the last 80 years, consequently the creaky stop-motion animation is rather shocking by today's standards and the close ups of the beast's face look like a glove puppet manufactured by someone whose sole information about a gorilla's visage was supplied by an attention deficit toddler. That's not to say that the original Kong is not without its charms; it has a real sense of nostalgic adventure, the other effects have fared rather …

Carl Denham invites Ann Darrow to be in his film, which h considers the greatest of all time. They go to Skull Island where oversized creatures are bred. Groundbreaking special effects for its time which include a story that is emulated countless times. You can really see the emotions of Kong based on his eyes. Its look maybe dated, but it is one of the pioneers for effects. The visuals were effective and screenplay engaging. A few lines from this classic: Carl â âOh, no, it wasn't the airplanes. It was Beauty that killed the beast!â Jack â âHe's crazy enough to try anything. When I think what might have happened today.â The only qualms I had was the swift adoration of Jack, Ann screaming despite Kong saving her from time to time from various beasts and the tenacity of …

Top Films of 1933 by Neobowler

No posts have been made on this movie yet. Be the first to start talking about King Kong!