For Your Eyes Only Movie Information 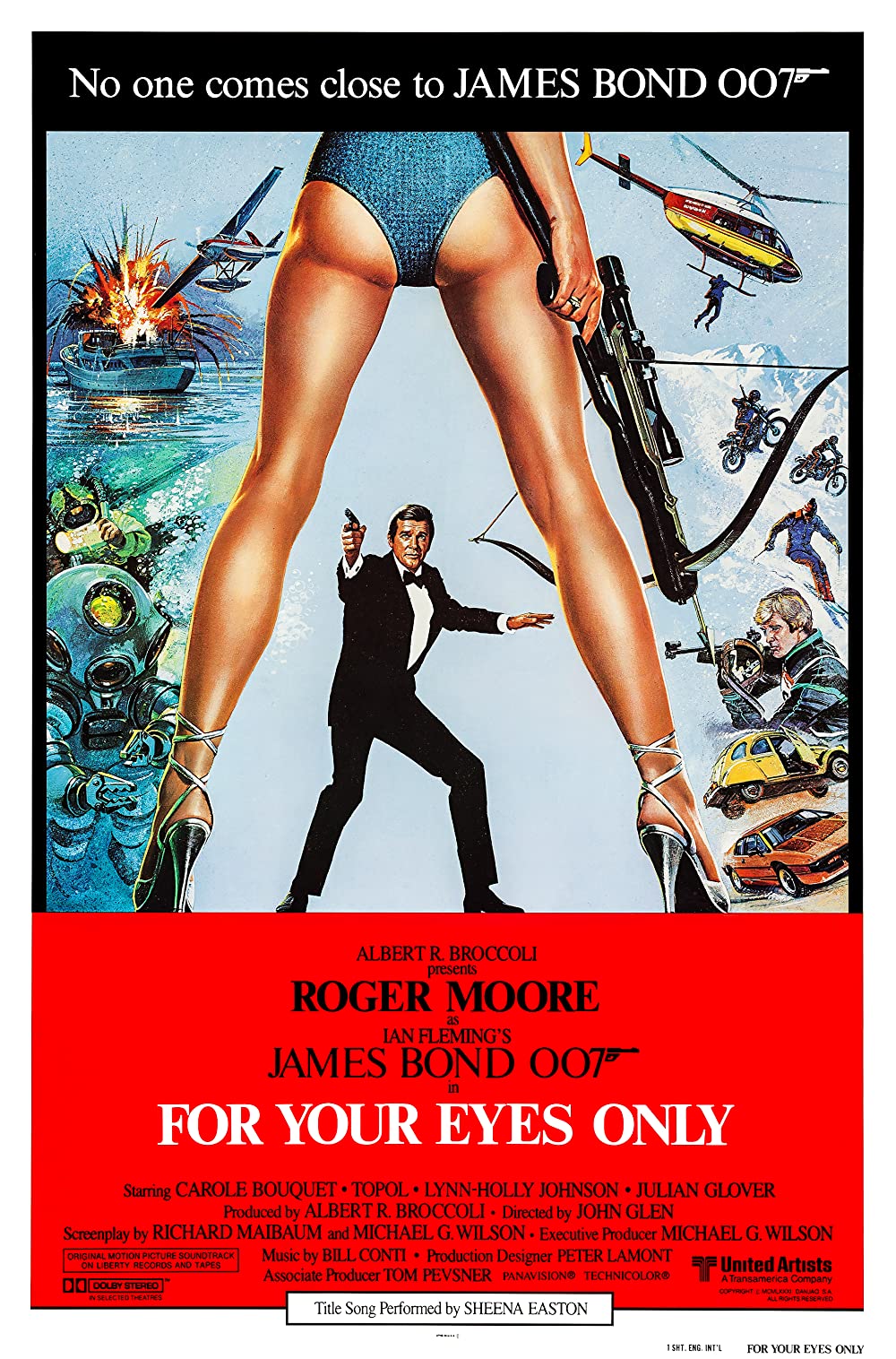 Plot: Bond is one the case when a British spy ship sinks with an ATAC encryption device and the Russians send their own agents after it. -- Chris Kavan

"For Your Eyes Only" isn't a complete waste, but it isn't quite good either. There's some good action scenes that are really tense while others feel like they were composed for a corny 80s TV show. (Chips, Dragnet, and Magnum P.I. all come to my mind.)

One of the most indestructible cars on film (yellow one of course) was truly exhibited. This critic just doesn't feel the passion from the lead artist. Antagonist was not as effective compared to other Bond flicks. If only most scenes were believable. For Your Eyes Only can only boast its hypnotic soundtrack and gorgeous leading lady.

Bond at his most bland. While I don't think this is quite the worst entry into the series, it isn't terribly exciting either. This is one that I would recommend skipping unless you're a completest.

Nowhere near as risque as the title implies....

Suggestive title aside, For Your Eyes Only is a routine but entertaining James Bond movie that still shows Roger Moore's advanced age is gonna become a hindrance one day. The location shots of Spain, Greece, and Italy are beautiful as are the underwater scenes;it's like out of a Jacques Cousteau documentary sometimes.
The cold opening takes up more time than it should but the helicopter stunts in this scene are very impressive. Speaking of action, it's that which saves 'For Your Eyes Only' aside from having a good villain for once that's played by Julian Glover (the heavy from Indiana Jones and the Last Crusade). It's much less reliant on gadgets or jokes and not surprisingly it's more exciting.
This rare realistic approach for a Roger Moore entry is hampered by the inclusion of …

For Your Eyes Only is a mediocre film.

The story for this film is about a British spy ship sinks with an ATAC encryption device and the Russians send their own agents after it.

I've seen many Bond films that are sometimes brilliant, some of them are okay or some of them are god awful, and this movie is many not be terrible or good, but it is mediocre in my opinion.

Let's start of what I like in this film: The theme song to film (For your eyes only) I thought was the song was really good and well done as well. It's a great song if I have to be honest. Roger Moore once again did a good job in this movie, not as good as Connery but Moore still did good.

Now for my problems with the film, and boy is they a lot: The movie lost it's sense of fun in middle and the end …

"For Your Eyes Only" by Yojimbo

When a British spy ship is sunk off the Albanian coast, James Bond is dispatched to recover a top secret signalling device before a notorious criminal kingpin can sell it to the Russians. John Glen's attempt to make a more serious Bond film suffers for several reasons; the opening sequence is surely the least exciting in the entire series, the horribly dated funked-up disco version of the Bond theme plagues the soundtrack throughout and the sets are as poor and unconvincing as the stunt mannequins. Not to mention the visual effects which consist of the so called "identograph" which is one step up from a Mr. Potato Head, the ATAC looks like an 80s cash register and the Lotus, which looks like a white plastic door stop, is a far cry from Connery's iconic Aston Martin. But by far the worst …

No posts have been made on this movie yet. Be the first to start talking about For Your Eyes Only!