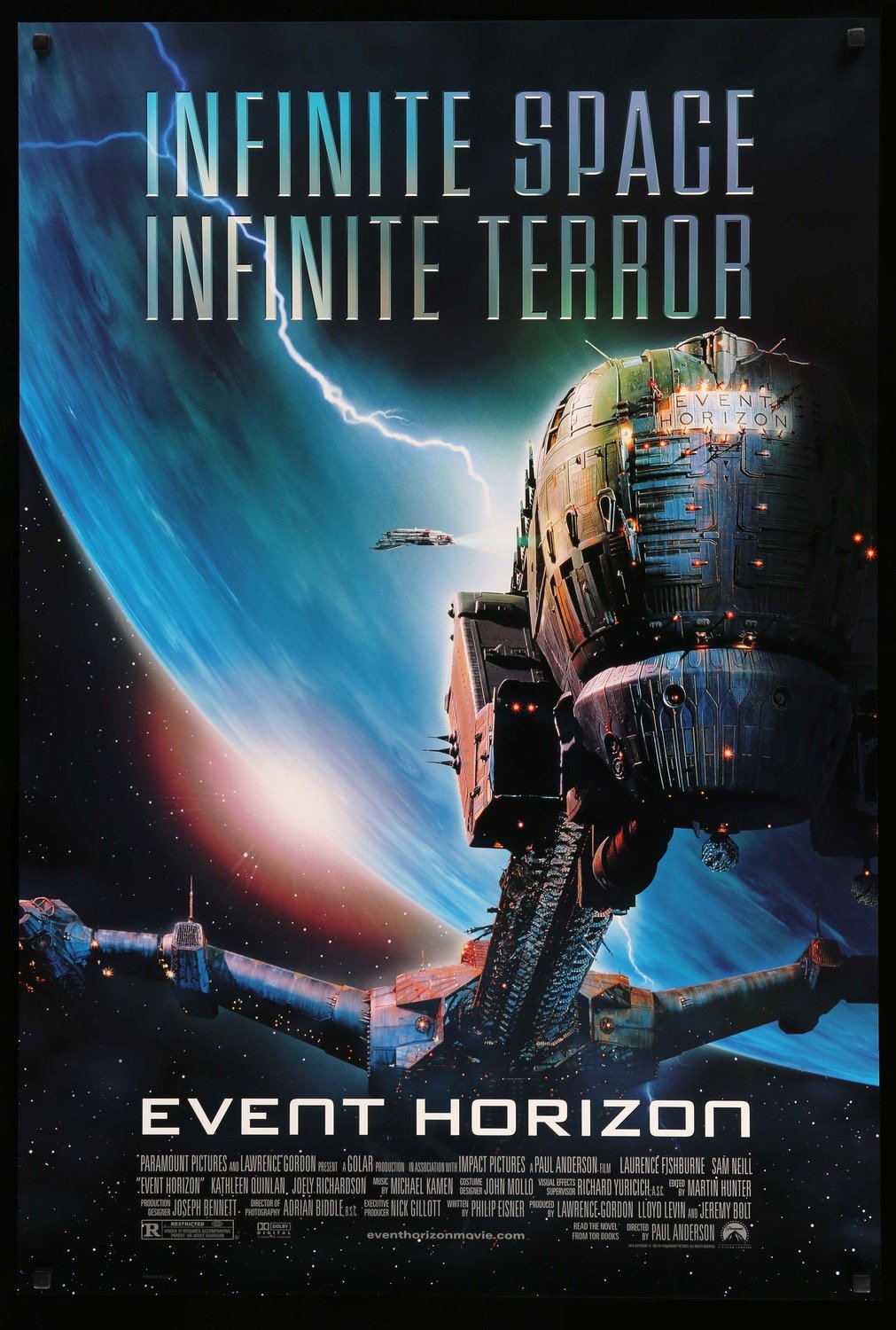 Plot: A deep space rescue crew is sent to investigate the mysterious reappearance of the Event Horizon.

A groundbreaking exploration into cosmic horror, sci-fi, and insanity. This movie expertly twists the viewer into knots with perfectly timed scares. The acting and sense of terror is perfectly implemented. The theme veers somewhat on the religious side but it ends up being the only way to convey the extreme evil that threatens the cast. A highly underrated classic, which everyone should see twice.

Event Horizon is a horrifying film with truly dark imagery, but it's also silly, contrived, and full of cheesy plot turns and lines. The film manages to pack a spooky punch sometimes on the strength of graphic imagery alone, but it's nastiness isn't supported by believable characters or a cohesive plot.

Deep space exploration vessel Event Horizon reappears after vanishing seven years previously and a rescue team is dispatched to the outer solar system to investigate. Event Horizon has a rather hokey premise; that a space ship creates a dimensional portal to hell and returns with an evil presence on board. Obviously, if you're not a fan of sci-fi or horror this is a tough one to swallow, but to fans it is quite a nice marriage of Aliens style wisecracking space jockeys and Clive Barker style imagery. Visually this film is spectacular; the production design is superb, clearly borrowing heavily from 2001 and Alien but also some gorgeous art deco style art design. For the first hour the story builds up quite nicely with solid performances from its stars and it has some creepy, atmospheric …

Event Horizon.
Essentially a hanuted house film set in space, Event Horizon sees a team of deep space rescue crew and a scientist going out to recover a lost ship called the Event Horizon. The shop was meant for faster than light travel, which broke the rules of physics, and a s aresult, the ship was lost for many years. It has returned and the afformentioned team go aboard to salvage it. But all is not as it seems...
The Event Horizon isn't just haunted, the damned things possessed. I appears the ship went beyond the confines of our reality and into Hell.
Woah, that's something.
First off, I would like to say that Laurence Fishburne's line '**** this ship!' was totally unnecessary, but hey, it probably sounded better on paper.
Anywho, I think this film is actually very original in …

No posts have been made on this movie yet. Be the first to start talking about Event Horizon!