The Man with the Iron Fists Movie Information 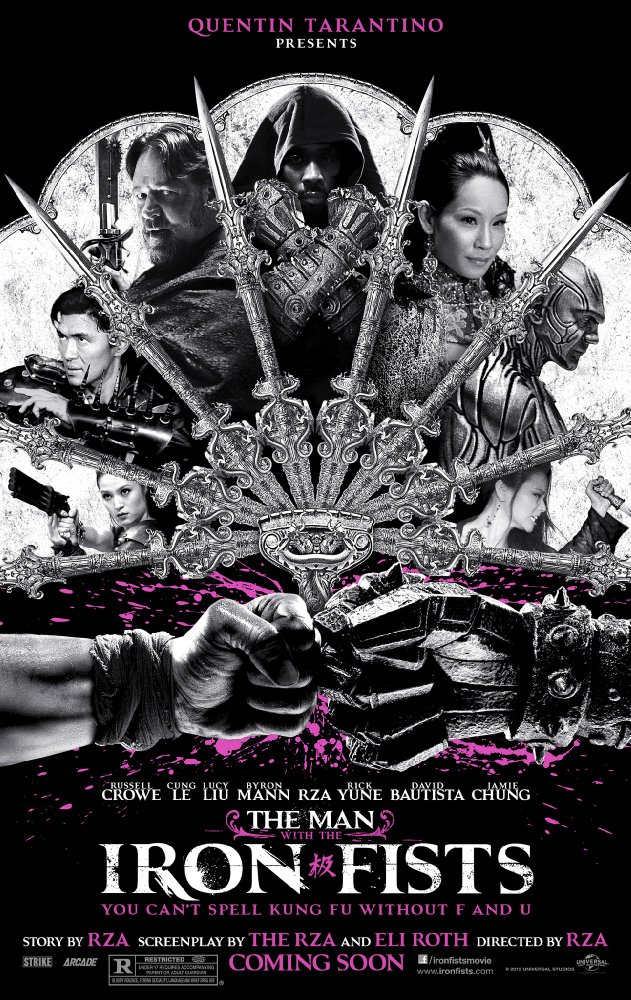 Plot: Set in feudal China, a blacksmith for his local village must take up arms when his village comes under attack. -- Chris Kavan

This proves that action films with unrealistic stunts and very unlikely casting can be still be entertaining.

Quentin Tarantino wrote this movie and it really shows. the man with the iron fists. This movie as a good story and bad-ass action.

Classic martial arts drama with beautiful filming and cool and innovative fighting. Just enough depth to make you care and just enough break in the action to let you catch your breath and reflect on what you've just seen. All in all 2 thumbs up, this was a fun movie to watch.

The Man with the Iron Fists review

RZA may have taken notes from Tarantino, but he is nowhere close to the brilliant aforementioned director. The movie reminded this rater of 300, Kill Bill, and X-men combined, with lack of reasoning and a lousy script reminiscent of bad 80's kung-fu flicks. Loaded with potential characters but suffer due to lack of character development. Casting for the main lead was another flaw since the lack of emotion and better acting was evident. On the positives, action, choreography and music made it albeit watchable. Camera direction and special effects were nicely produced. Crowe sincere in taking on his role, probably had fun with it. The Man with the Iron Fists is an average ultra-violent martial picture that may please action fans, but may disappoint avid movie aficionado's based on …

Movies I Want To See by Lee

From what I understand, this was pretty much a passion project for RZA - which usually has the potential to turn our really amazing or completely awful. I will probably catch this when it's available to rent or stream - martial arts action films are always fun, and a little (or a lot of) blood never hurts things.

Good movie like kill bill and Brotherhood of Wolf. It's a very&amp;#65279; good glory action movie.

has anybody seen this movie id love to see what others think. ?i'm not sure if the intention was to make a very bad movie or that its just some kind of comedy type mimic of the genre but wow this is one odd weird and bad movie lol.its basically a chinese movie&amp;nbsp; but starring russle crow and lucy lui etc.martial arts fantasy gore blood prostitutes jokes rap music bad acting and strange scenes. .....oddest one ive seen in along time