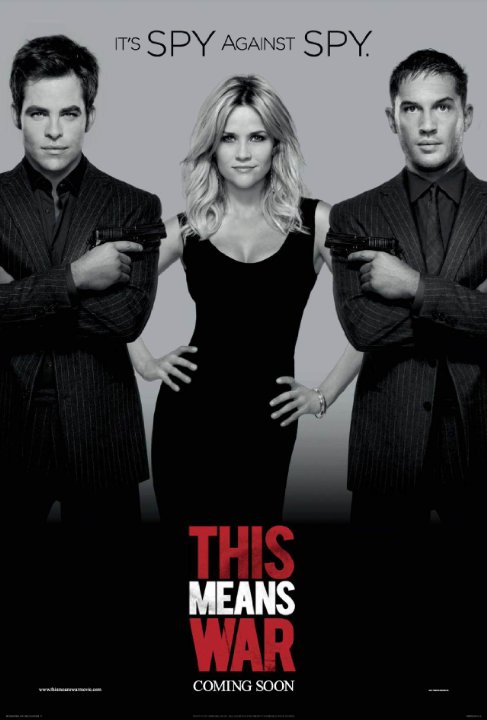 Plot: Two CIA operatives find themselves battling each other when they both fall for the same woman. -- Chris Kavan

Despite the ridiculous and unrealistic action, this movie is still quite boring. Each of the agents is this Bond type unkillable death-dealer with top secret gadgets. The title implies some kind of Loony-toons type feud, which is exactly what happens. Overall the movie is entirely forgettable.

Two cia operatives who compete to win the heart of the same girl,/slut lol well she is she's dating two guys at the same time lol. This is one of those movies that's just not good, its never funny but it tries to be in a strange way. its nor believable and just not a lot goes on. The cast is good but its not enough to save this movie from sucking.

Top CIA partners, and bestfriends, would take bullets for each other. Until they find out that they are dating the same girl. Now, they will be using they're spying skill to win the love of the girl. *** Let me start by saying that I don't think this film was kind of a cliche romantic-action-comedy movie. I had fun and so much entertainment watching this film as when guys are literally taking into ACTION and FIGHT for the love of one lovely woman. Tom Hardy, Chris Pine and Reese Witherspoon deliver their good acts of humor satisfyingly for all the audience to enjoy. Definitely not a waste of time to see.

I'm so happy that Tom Hardy and Chris Pine still have a career after this movie, because this almost ruining their acting career's, well to me it did.

This Means War is about these two deadly CIA operatives are inseparable partners and best friends until they fall for the same woman. Having once helped bring down entire enemy nations, they are now employing their incomparable skills and an endless array of high-tech gadgetry against their greatest nemesis ever - each other.

The one thing I always hate about these brain dead action comedy movies, is the fact that the action and comedy itself isn't well done and it feels out of place. Well what am I expecting from the same director who previously bought us Ouija, Terminator Salvation and 3 Days To Kill. If you haven't guess yet I …

The premise of Two CIA operatives using the resources of their office to woo a girl and get back at each other is ludicrous. It's funny how a guilty lady being serenaded by two hunks becomes fine with it. FDR Foster (Chris Pine) and Tuck Hansen (Tom Hardy) are colleagues and good friends who fall for a product tester named Lauren Scott (Reese Witherspoon). Soundtrack and effects were used effectively, unfortunately its still difficult to swallow the incidents when they were never reprimanded for the actions (being in the CIA don't they have firewalls or devices to track employees who misuse resources, unless they are carefree about it). This Means War provided sufficient comedy to keep one interested, but just wastes the casts skills in this mediocre action comedy that tries too much …

Laughs Aplenty with eye candy for all!

Best buds FDR (Chris Pine) and Tuck (Tom Hardy) are two CIA operatives who are great at what they do. After their latest assignment gets more publicity than they bargained for their boss (an underused Angela Bassett) takes them off the field and assigns them to office duties only. With time to spare, the idle two decide to boost up their love life.

Tuck is a divorced father of one who's really looking to find someone special again while FDR is a confident ladiesâ man content to cruise the local video store searching for his latest conquest. The more reserved Tuck decides to take his chances with online dating website hoping he can meet a nice girl. Enter Lauren (Reese Witherspoon), an attractive, independent woman who appears to have everything except a love life. When Lauren …

No posts have been made on this movie yet. Be the first to start talking about This Means War!