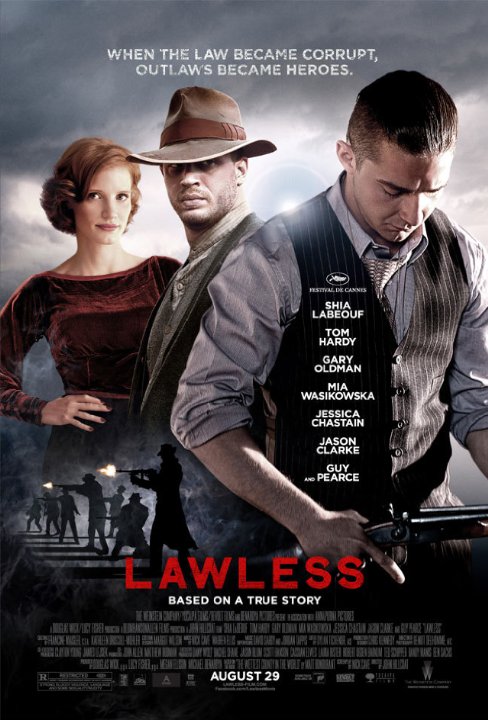 Plot: Franklin County, Virginia during the depression years: a bootlegging gang must decide what course of action to take authorities discover their operation and demand a cut of their profits. -- Chris Kavan

Tom hardly is in this movie and he still sound's like bane. The acting is good and I like Shia LaBeouf in this movie he should pick movie's like this.

Good actors and competent directing come together to create something that is only sort of lackluster. All the pieces are there, they just don't quite fit. A routine exercise in gritty violence. Entertaining violence, at that.

Tom Hardy is making a nice run to take over Leonardo DiCaprio as my favorite actor. Lawless was a true story set in the prohibition era i don't know if you can call it a "gangster" flick but a premiere Crime/Drama, if you have any interest in that genre than i suggest watching this, i believe this will earn either Hardy or LaBeouf an Academy Award

Three brothers in the bootlegging business during the prohibition era refuse to bow to the will of Chicago gangsters and provoke a war between their backwoods community and big city organised crime. John Hillcoat reunites with scriptwriter Nick Cave who collaborated on the atmospheric and characterful The Proposition for this old school gangster drama which unfortunately has neither of those qualities. Despite a promising cast, Lawless is a rather unengaging affair that's a little too admiring of some pretty unpleasant violence perpetrated by a singularly unlikeable bunch of characters. Tom Hardy and Jason Clarke are little more than a pair of mumbling thugs, Guy Pearce's gun toting dandy is little more than a caricature and Shia Lebeouf once again channels his simpering frat-boy persona …

decent but could of been great

decent movie about some olden days bootleggers in the depression days who come up against the cops and the evil guy pearce.out to stop their bootlegging booze, .it has some fine acting from guy pearce and shia labeouf was pretty good and shows he could have a good future if he picks more parts like this. very disappointed that gary oldman only had a minor role though.
Everything was in place for a great movie crime brotherly conflict love & revenge and the evil pearce plus the look of the film and the fine actors. but it never really lived up to its promise. the ending was pretty silly really. oldman wasn't used as he could of been. The mr i am tough older brother was a let down .
overall a decent movie bu it t could of been great. 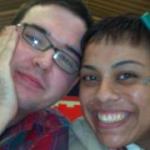 No, I did not give this 4 stars because of Tom Hardy. This is an enthralling and expertly crafted film about the bootlegging days and the tensions between the law and the outlaws. The performances are stellar across the board, love him or hate him Shia LaBeouf is a talented young actor and he gives one of his greatest performances here. Hardy is also great, as usual, as the brute older brother, always quiet and smooth, but with a hard exterior with a heart hidden beneath is persona. Guy Pierce is deliciously villainous and is Oscar worthy, so loathsome, but so deliciously bad, that every time he's on screen you just want to kill him yourself. He's great. The anachronistic touches are nice as well, like a country cover of Velvet Underground, and Emmy Lou Harris. So it's a crime …

No posts have been made on this movie yet. Be the first to start talking about Lawless!