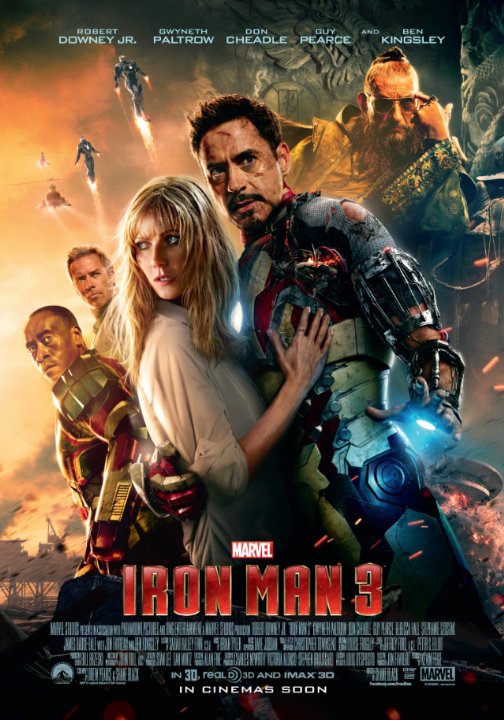 Plot: Tony Stark has just helped save the world from an intergalactic threat, but he faces a new, deadly enemy - one who brings low all he has built and seeks to destroy all he holds dear. With his back against the wall, he will have to rely on his own instinct and ingenuity to save the ones he cares about the most. -- Chris Kavan

Why didn't the avengers help iron man when he almost died. This movie has good comedy, good visual effect's and good action.

So awesome. Amazing. It was suspenseful, comical and action-adventure. Love the ending. I like how all 3 Iron Man movies are awesome and have good plots and good screenplays. Cudos to the director, cast and crew. Gwyneth Paltrow is a badass at the end I love it. I would see this movie again 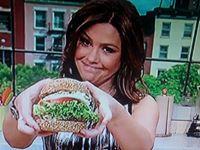 They took what worked so well in Iron Man and even Iron Man 2 to a degree and ran with it in an extremely gratifying way with this third installment. The complexity, depth, heart and action were even more off the charts than the first film. I totally agree with most of the film critics who are raving about Iron Man 3. Itâs is not just a great comic book movie but a great movie period. They took the complexities of Tony Stark that they established in movie one, developed in movie two and built upon it masterfully. We get a reformed and guilt ridden weapons manufacturer mixed with an anxiety ridden celebrity who is having trouble living that celebrity life after the events of Iron Man 2 and Avengers. His playboy ways are over but everything else in his life makes little sense to him …

What Part 2 broke has now been fixed.

It remains a vast improvement over Iron Man 2 but the now infamous plot twist concerning the villain really spoiled my enjoyment. I mean, had that twist preferably NOT occur, we'd have one of the absolute best superhero movies ever. But I digress. Shane Black still does a great job with the humor and action or combining the two as expected. I mean, here's the guy who practically invented the buddy action genre back in the 80s now having the time of his life and he wants us to join in on the fun. Plot twists aside, the film is one of Marvel's best. The cast is not wasted and Robert Downey Jr. is killing it once again as the seemingly indomitable Iron Man. What's especially inventive on the screenplay's part is that Tony Stark does not even wear the Iron Man suit for most of the movie and …

The final Iron Man film is out with a bang, Though light hearted and more dramatic, but the action sets up all the fun. Crazy, hardly believable, but has a punch and care that looks really a super summer film tailor made. Director Shane Black (known for Kiss Kiss Bang Bang, Lethal Weapon) does not overload the film with too much non sensical action, but keeps the plot on the move as the finale sets up with the right tension, nerve rattling action pieces and the wanted humor at the right moments. This is the summer film that earns a great view. The action set pieces (air plane rescue, war machines, or the Malibu assault), are really breath taking and charged up by Tylerâs bombastic score. Shane knows how to keep the hints on and wait the surprises are out there at the right moment and …

Stan Lee himself said that Robert Downey Jr was born to play Iron Man. How can any reboot that comes down the line match that?

I would rather they let him go out in a blaze of glory rather than re-cast the part (unless they do some reboot years down the road - and why wouldn't they, eventually?). It's hard to imagine anyone else in the roll. All I know is, the way Iron Man 3 ended, your theory is a very real possibility.

Another thing - and I've been thinking about it a lot. Robert Downey Jr. said he's ready to take the suit off. Joss Whedon announced that bad, bad things will happen to people in Avengers 2. Am I the only person who thinks it'd be really awesome if they kill of Iron Man in Avengers 2? I have a strong feeling it's going to happen. I just do. With Whedon calling the shots, think of how great of a scene it can be and how epic he'd go out.

I haven't seen a movie in 3D since - The Amazing Spider-Man (and only because it was a screener I went to for free). In my opinion, 3D adds nothing (except to the cost of your ticket). Especially the post-conversion crap. But - it adds to the grosses for a relatively cheap cost and as long as audiences even somewhat support it, I don't see things changing.

I saw the film today and I enjoyed it. But I want to talk about something, and I really want to know you guy's opinion. It's about 3D. I did not see Iron Man 3 in 3D today. My brother saw it Friday night in 3D and said the 3D was dreadful. No surprise. 3D post-conversion is 95% of the time really, really bad. And it's quite obvious that the post-conversion is a gimmick and is done for the studio to take in extra dollars. But I'm really getting sick of it, and I think most audiences are too. &hellip;