Plot: After the events of the Hangover, the four friends find themselves in Thailand for Stu's wedding. Stu is taking no chances after the insanity of Vegas, but just because you plan for a safe, uneventful gathering doesn't mean that plans can't drastically spiral out of control. -- Chris Kavan

After the events of the Hangover, the four friends find themselves in Thailand for Stu's wedding. Stu is taking no chances after the insanity of Vegas, but just because you plan for a safe, uneventful gathering doesn't mean that plans can't drastically spiral out of control. This movie felt like a hangover it really does. this movie was the biggest let down of 2011 I mean the story is the same and the jokes are the same.

No where near the greatness of the original!

Ok this is actually one time i should've listened to all the bad reviews as they were 100% bang on! I realized upon originally seeing this that it was the sequel and some of the orginal laughs would be more then likely used again...ummm? not all of them!! My god! It's like they took the first instalment and just added new paint and then just moved the whole same story to an exotic locale to get people's butts in the seats. Hangover 1 was hilarious to put it short so that alone will make the filmmakers a few bucks as all the fans from the first one , much like myself, will be wanting to see this as well although i highly doubt their will be a part 3 and if they do it will probably end up heading straight to dvd. To give the devil his due this movie does a have a few chuckles within as we …

Almost a copycat of the original with a different setting and darker premise. Stu (Ed Helms) became more neurotic and irritating because of the girlish screams. Alan (Zach Galifianakis) still had a few laughs, but still doesn't surpass his moments from its predecessor. Phil (Bradley Cooper) tried too hard to keep things under control, was a bit dull in this 2nd effort. It felt more like a mystery film than a comedy. The only scenes I enjoyed were the nice cinematography, musical background and Chows performance (Ken Jeong) who is still hilarious in the sequel. Overall, I felt they should have not created this, it was fun after they all woke -up, and Mike Tyson tries his best to entertain, which almost mirrors my sentiments about this flick. Pure disappointment with a few …

Not as good as the original, but still funny

The original Hangover was, to me, a magical movie. Everything about it clicked and it ended up being one of my all-time favorite comedies. That being said, I was skeptical about part two BEFORE going to see it. I thought it would be a lame copy of the original. Luckily, that didn't turn out to be the case. While it was pretty much a copy of the plot of the original, it was also a funny and entertaining movie. While the first one is much more funnier than this movie, there was still quite a few scenes that had almost everyone in the theater laugh very hard. The main characters were almost as good as they were in the first one. That was another doubt I had about this film. And as in the first one, Alan (Zach Galifianakis) was the best character in terms of comedy. He had a lot of funny …

You are right, people are watching it. The DVD release will push the overall take on the film through the roof. Easily one of the top 5 movies of 2011. That doesn't mean it was a great film, but just entertaining enough to get one's&amp;nbsp;money's worth. I am amazed at the number of adult comedies that came out this year. I still love Bridesmaids. Although Bad Teacher was not perfect, it did provide some good laughs.

I am convinced that this movie now sucks. Way worse than the first.

The Hangover Part II currently stands at $245 million and is the highest grossing movie of the year (so far). Despite the critical drubbing, it's apparent that people are watching the film - and given the numbers, probably multiple times.Where do you think the film will wind up at the end of the year? Granted, Transformers: Dark of the Moon is going to have a monster weekend (in the range of $165 million) and you have both Harry Potter and the Deathly Hallows pt. 2 not to mention another &hellip; 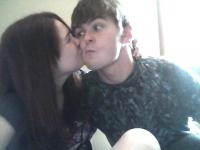 I thought it was good, although the humor does take a little bit of a different turn with more sex jokes and nudity, and violence (blood and a finger) haha but I still thought it was hilarious and I want to own it.&amp;nbsp;

May I say some of the things that bothered me about this 2nd Hangover movie?Early in the movie, Phil (Bradley Coopers character) is trying to get Stu (Ed Helms) the dentist to let him try nitrous oxide in Stu's office, his whole focus of conversation seems to be drugs, alcohol and getting high or altered.&amp;nbsp; He complains about not having alcohol at the little impromptu bachelor brunch the guys are having -- as if there is nothing more important in life -- and the real kick in the head is &hellip;