Precious: Based on the Novel Push by Sapphire Movie Information 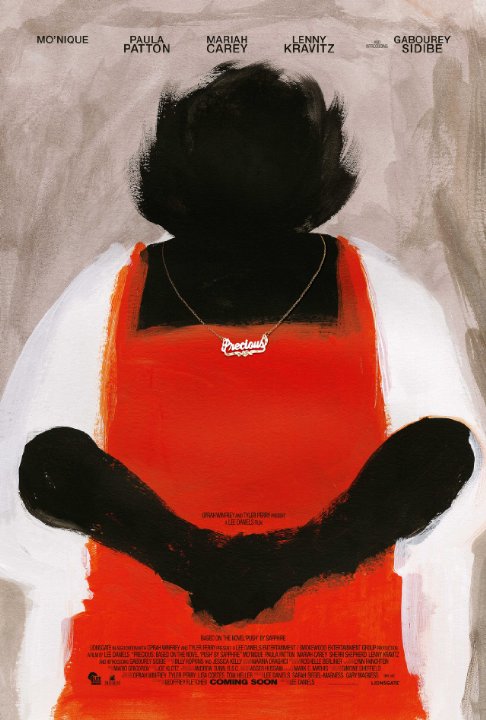 Although you'll be forced to fight back tears while watching, "Precious" is ultimately as hopeful as it is challenging.

Precious has had all the hard knocks in life... and then some. This is one emotionally wrenching film that does not shy from showing the awful circumstances of it's title character. Gabourey is perfectly cast in the role, giving complete believability to a girl stuck in this terrible home life. Her ability to not let her mother break her is the drive for which we want to see her overcome this hardship. Mo'Nique is excellent as the mother. She brings depth to a character that could've easily been made out to be a cold villainous type.

Precious is an illiterate sixteen year old obese teenager who is now into her second pregnancy (an incestuous pregnancy, I might add by her own dad). She has an abusive mother, Mary, who puts her down both verbally and physically at every opportunity. Mary does not have a job and spends her time sitting at home awaiting her welfare check. Even when Precious has an opportunity to attend a good school, her deadbeat mother simply wants her to stay at home and cook. Despite all these setbacks, Precious is presented with an opportunity to attend an alternative education program and eventually finds a mentor at the school named Ms. Rain (Paula Patton). With the help of her new teacher, Precious gains the courage to stand up to her abusive mother and takes control of her own life.

Fresh-Ass: Based On the Novel Tush By Ass-Fire

I hate this movie with all of my heart. When I was in high school, I was on speech and debate, and I focused on dramatic and humorous interpretations, aka 10 minute monologues. Most people in dramatic interp would do very dramatic pieces about rape/abuse/death and end up sobbing and pounding their fists on the floor and quivering their screamo voices. I always ended up rolling my eyes because, really, how hard is it to get all worked up and cry? As a woman, you are born with that gift (curse?). Anywho, that's what Precious was to me.

Precious is really fat. Like, morbidly obese. Not, Real Women Have Curves Go Get 'Em Diva …

One of the Biggest Cinematic Turds EVER

God, what a bad movie. I really don't understand how anyone could like Precious. It's generic, not well made, poorly acted, and poorly written, as well as based on a crappy book. In my opinion, this is one of the worst movies of 2009, and is vastly overrated.

PLOT- The plot is pretty generic. It's the same basic over-used story that's practically a clichÃ© now: a poor, illiterate New York teenager who has a crap personal life. Based on how many movies follow that plot, half the city's fuckin' population must consist of illiterate teenagers.

SCRIPT- Pretty average script really. I neither loved it nor hated it. It's actually the best aspect of this bombshell of a movie, and that's pretty fuckin' sad.

CHARACTERS- Ooh, boy, and what characters they are! I absolutely despised every …

No posts have been made on this movie yet. Be the first to start talking about Precious: Based on the Novel Push by Sapphire!