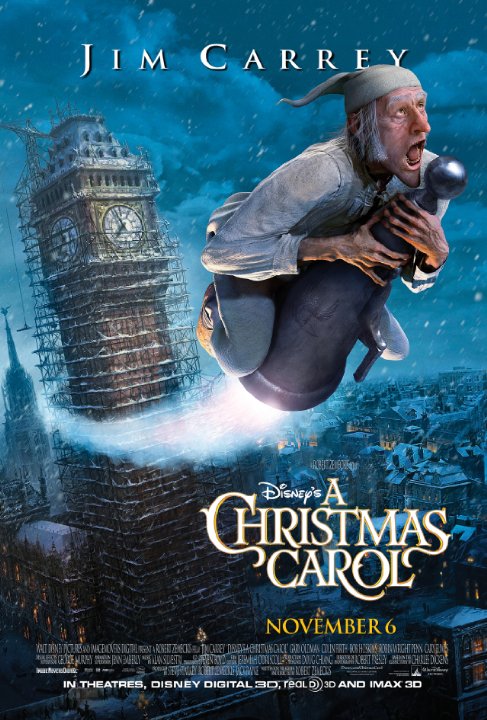 Plot: Animated remake of the Charles Dickens' classic in which a greedy miser is visited by three ghosts and sees his life from the past, present and potential future and ultimately has a change of heart. -- Chris Kavan

Excellent voice work from its cast, and better animation than Zemeckis' previous "The Polar Express" add to this fantastic adaptation of Charles Dickens' timeless novel.

Decent adaptation of the classic story. If 3D animation is your thing, then this is quite a treat.

Unique Creepy Take On The Classic

This adaption of the Christmas Carol captures and fleshes out the creepy parts of the tale, leaving the warm and fuzzy parts a little under cooked. The creepy take on this classic is unique, and enjoyable. It's the kind of film that can be enjoyed by a wider audience than if this story had been left to the generic fuzzy ending that so many films have adopted.

The story sports more style than previous adaptions. More pizazz, more depth, and more scares. I won't lie, there were times when something startled me; …

Okay, went to see A Christmas Carol recently in true 3D and over all was very impressed with it. However I think this was more because of its brilliant visual appeal. I t really is the finest 3D animation I have seen to date and its use of classic Christmas music really puts you in Victorian England. It sticks a lot more to the classic story than a lot of other remakes in the sense that although its a Hollywood made animation its not really a comedy made for the kids with endless joke after joke instead the director sticks to telling the story and uses some Victorian language. So the movie was good and watched it mostly like a kid when I first heard the story being told to me but throughout it I kept having this feeling of like I was waiting for something that i could not put my finger …

Okay adaptation of a great story.

Not a truly great adaptation like so many other versions but the story itself is so great that this film is still good. The story is interesting, the Christmas music is great, and the backgrounds and non human animation looks great with a lot of mood setting. I do think it has problems though as a Christmas carol connoisseur I cannot ignore. Carrey is miscast as Scrooge and attempts an imitation of the greatest of the greatest scrooge portrayal Alastair Sim. His spirits are hit and miss the past is annoying and the present is okay. Gary Oldman is fine in voice of Marley, they should have not used is face though for Bob Crachit though. Also the 3-d stuff is unneeded is sometimes extraneous, and the 3-d faces still are strange looking, and the few gags as in bad gags all also unneeded. …

No posts have been made on this movie yet. Be the first to start talking about A Christmas Carol!