About Me: I'm not a bird, but I may be an elephant. Also, please like and share this four second video! I'm trying to reach 1 billion views so I need all the help I can get! Thanks!---- http://www.youtube.com/watch?v=ScZEP0SUX_M

Film I Love: Up. It's my all time favorite film, followed by Ratatouille, and then Inception.

Film I Hate: Fred: The Movie

Movie Quotes: "And I said, 'If you talk to me like that again, we're through!'" "And then what happened?" "You know my mom; she sent me to my room!" -Monsters, Inc.

Tim Burton at this Tim Burton-est

Tim Burton's Corpse Bride is not unlike Tim Burton's other films. They're dark, a bit creepy, with predictably Burton-esque visuals, and are peppered with bits of macabre humor. It would not be outlandish to merely dismiss Corpse Bride as "just another Burton film." Alas, even though Burton's Gothic film-making formula hasn't changed much, one should not forget that Burton's signature style is one of the things that make his films so appealing. Corpse Bride is no exception. Set in the Victorian Era, Corpse Bride is about a young man named Victor that is forced by his parents to be wed to a young woman named Victoria, whom he has never even met. However, there's a change in plans when Victor gets into a bizarre mix-up, and …

Great review. Definitely on one of Chaplin's best.

Oz is a solid film - but not spectacular. I don't regret seeing it in the theater, but if someone was on the fence about it, I also would tell them to wait until they can rent it. At least it finally gave 2013 a certified hit film. 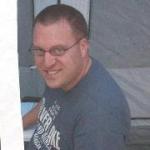 Being a fellow american i thought the movie was excellent, it re-told the history of his office years right up to the point we was shot, it defently took me back in time and made me feel very proud to be an american! Excellent job for making this movie Speilberg

Excellent review - I usually don't gravitate towards these more historical drama films, but Spielberg has really worked his magic once again. In fact, at this point in time I would say it's easily one of the front-runners for best picture, best actor and best supporting actor.

Lincoln is really good, provided you're in the mood for a historic drama - it may be a bit dry for a lot of tastes - but the performances are so good, it's worth the somewhat slow delivery.

Great review - I get to watch this tonight and I've been looking forward to it awhile. Being an avid gamer, I can't wait to see how many cameos and in-jokes they fit in to this one.

I'm really interested to see how this compare to Tim Burton's previous work with animation: The Nightmare Before Christmas and Corpse Bride (both of which I enjoyed). I like Burton's somewhat darker take on things.

I likewise prefer A Bugs Life over this. This lacked the wit and humor. With regards to the voice acting I agree, you didn't feel the artists being into the characters, or it was just the lackluster screenplay that ruined it.

Superb review - while I wasn't quite as enamored by the film, it was one of the more original ideas in awhile - leave it to the French to prove not every movie has to be a sequel or adaptation. And I totally agree about the dog.

THANK YOU! Finally, someone who actually figured out that The Avengers was nothing more than an alien movie. The same people who shit on movies like Battle: Los Angeles and 2012 and movies like that (which by the way, are not quality movies, I'm not saying they are) are the ones who RAVE about The Avengers. It was so predictable it was hilarious