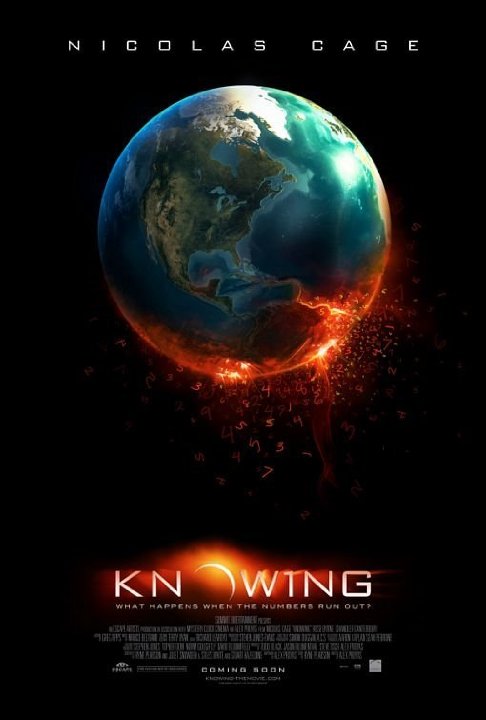 Plot: After a time capsule is dug up by his son's elementary school, a teacher discovers one of the papers buried within has a series of numbers that have predicted major disasters of the past 50 years. It also shows disasters yet to occur, and he acts to solve the mystery before the numbers run out.

"Knowing" starts out with an astounding premise that ultimately falls apart due to the plot's frantic and absurd final half-hour and senseless twist ending.

The movie is okay but the ending was freaking terrible.

Interesting concept that falters towards its conclusion. Unbelievable how Professor Jonathan "John" Koestler (Cage) survives a plane crash and colliding trains only a few meters away. Typical Hollywood film with depressing moods and okay visual effects. Only the beginning and middle portion were fun, though impossible and silly.

A time capsule is opened after 50 years and seems to contain predictions about every catastrophe that has happened in the world over the time it has been underground. It has always disturbed me how a lot of these hokey conspiracy chillers often seem to contain an underlying "stealth" agenda that depicts modern science as a load of quackery unable to grasp the "truth" contained within a 2000 year old book of contradictory fairy tales and gibberish, and atheism in particular as " just a phase" undergone by misguided buffoons who are sulking about losing a wife/child/cocker spaniel/favourite budgie. That aside, Knowing is actually a decently made supernatural thriller containing some initially intriguing hooks, atmospheric visuals and appropriately spectacular ID4 style destruction. The …

With the return of Alex Proyas comes the latest "Could have been a hit" film Knowing. The film is set after the discovery of a set of numbers buried in a time capsule after 50 years. When Nicolas Cage's character finds it, he relizes that the numbers are a sign of drastic events to come. There are only a few sequences left, and it's up to him to find out what it is. Knowing has a pretty ambitious setting, but most of it really tends to trip over itself at times. Nicolas Cage is an alright actor for the lead, a lot better than his role in the Wickerman remake, and there are some points where his acting manages to feel particularly human. However there are times when he just doesn't feel like he was meant for the role, being that he always ends up in the disasters and he doesn't … 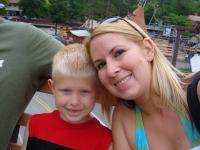 Not sure how to take, Knowing.

Well I just got done watching this movie and I'm really not sure what to make of it. Is it a thriller on an X-Files line or is it more on the religious side with, Adam and Eve and the world making over again. I felt that it was more of a religious side... the picture that was hung up in the bedroom... it showed angels on the right hand side that looked, odd not the normal cherub cute ones. If you paid attention the aliens had whispy wings when they went up. Also when I was little my grandmother used to tell me that I had a guard angel on my shoulder who would protect me and guide me. Well that's exactly what they did, protected and guided them. With his father being a preacher and all... it sort of came across like that to me.

I think there was a few scenes that they could …

Good to see Proyas back in the chair.&amp;nbsp; Will he ever be able to match the complexity and seriousness of Dark City?&amp;nbsp; All of his movies are pretty good though - but I question this one.